The NFL Games of Silence 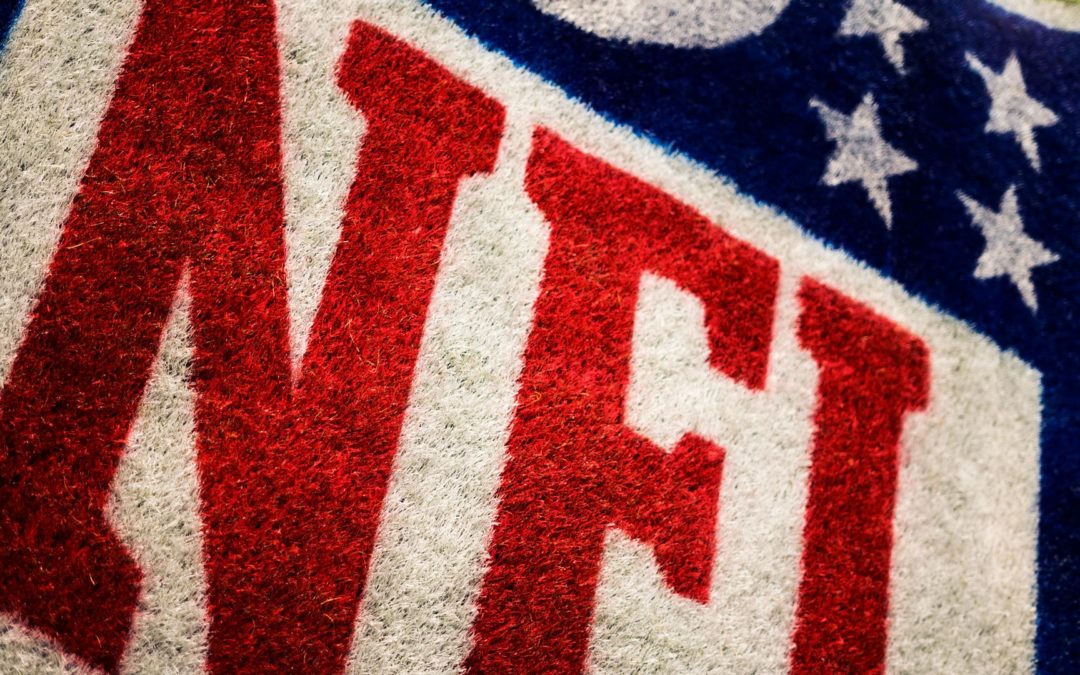 The NFL Games of Silence

Five best friends shared a dark secret they assumed was buried 25 years ago, but they soon discover that you can’t hide your past forever. Games of Silence was a TV Show on NBC based upon the life story of 4 young men who were wrongfully convicted and sexually abused for months inside a juvenile prison against their will. The “truth of their past” evolved beyond reality and demanded to be revealed.

The National Football League comprised 70% of African American/Black/Negro’s. Financially, black athletes are responsible for 17,500,000,000 (Billion) of the National Football League’s annual revenue. Black coaches are becoming an endangered species. Seventy percent of the NFL’s players are black, but there are only three black head coaches: Pittsburgh’s Mike Tomlin, Miami’s Brian Flores, and the Los Angeles Chargers Anthony Lynn. There are two black GMs in the NFL. Just two. Andrew Berry and Chris Grier. Everyone else is white.

The Rooney Rule is a NFL policy which requires league organizations to interview ethnic-minority candidates for head coaching and senior level football positions. It is a clear lesson of affirmative action, though there is no hiring quota or hiring preference given to minorities, only an interviewing quota. It was established in 2003, and variations of the rule are now in place in other industries.

Roone rule is named after Dan Rooney, former owner of the Pittsburgh Steelers and former chairman of the league’s diversity committee. It was formally developed as a direct reaction to the 2002 termination of head coaches Tony Dungy of the Buccaneers and Dennis Green of the Minnesota Vikings, at a time when Dungy had a solid winning record and Green had just had his first losing season in ten years.

Directly afterward, U.S. civil rights attorneys Cyrus Mehri and Johnnie Cochran distributed a detail study illuminating that black head coaches were less likely to be hired and more likely to be employed despite winning a higher percentage of games terminated than their white contemporaries. Retired NFL players Kellen Winslow and John Wooten put together a self-described “affinity group” of minority pro scouts, coaches, and front-office personnel, to advocate for the rule’s creation.

In current years, the popular trend of hiring NFL coaches has shifted towards looking for successful offensive coordinators, a role in which blacks only hold two out of the 32 available positions. In 2020, five NFL teams had head coaching vacancies to fill, and only one of them hired a minority coach. Heated discussions appeared upon the Cleveland Browns hiring Kevin Stefanski, offensive coordinator for the Vikings, and the New York Giants hired Joe Judge, whose highest position on an NFL has been Special Teams Coordinator.

This immediately caused controversy because many figures around the league believed that Eric Bieniemy, the offensive coordinator for the Super Bowl-winning Kansas City Chiefs, was the widley entitled of a head coaching job. Under Eric Bieniemy’s leadership, the Kansas City Chiefs held the league’s top-ranked offense in the 2018 season and 5th ranked offense in 2019.

The 2020 NFL offseason led to many prominent figures questioning its effectiveness due to Eric Bieniemy not receiving legitamate consideration for a head coaching position and other such controversies since the rule’s inception. To fulfill this rule’s requirements, many teams interview non-white coaches who have been around the league for multiple years and had previously unsuccessful stints as head coaches. Critics of the practice argue that the rule has been mostly non-productive, and in most circumstances, it has even had the polar opposite effect, with non-white coaches being interviewed without being given legitimate consideration to fulfill the requirement.

The Rooney Rule was not working in 2020. The common denominator is “white men” control the chess pieces in every executive power play decision. No matter how many times they adjust, modify, or reshape the Rooney Rule, nothing will change until African Americans sit at the power-play table.

Roger Goodell created a media firestorm amongst White America by apologizing before the world to every “black” NFL player. Roger Goodell stated the National Football League “got it wrong” and should have listened to its “black” athletes. The same group of black athletes represents more than 17,000,000,000 (Billion) dollars in annual revenue. The untimely, unnecessary, and violent death of George Floyd pushed America over the racist edge in 2020.

49ers quarterback Colin Kaepernick refused to stand during the national anthem during an exhibition game against Green Bay Packers on August 26, 2016. After the conclusion of the game, Kaepernick stood firm in his decision to choose not to stand for the anthem, saying, “I am not seeking anyone’s approval. I must stand up for people that are oppressed.” Colin Kaepernick’s chief purpose centered on illuminating police brutality, murder, and massive social injustice amongst black men in America. Colin Kaepernick NFL resume includes “two” NFC Championship games and a super bowl appearance. Colin Kaepernick lost Superbowl 47 on the last pass of the game.

No NFL team supported Colin Kaepernick kneeling during the football season and didn’t want to manage backlash from mainly White America and Donald Trump. Never in NFL history has a player of Colin Kaepernick’s stature been unable to secure at minimum a “backup” role on a team. For three consecutive years, the National Football League formed a “silent pact” to “white-ball” Colin Kaepernick from the NFL forever!

The American Dream comes at the highest price and, in some cases, death. Young black men become hood heroes to the block and global icons before the world overnight. Most athletes squander their multi-million fortune within three years removed from the National Football League. Why?

Because the ugly truth is hidden underneath dirty money, false promises, virtual realities, and White privilege. When the mission lies within producing leaders, empower young minds via education, create generational wealth, a broken soul and become whole and inspire another generation.

The NFL banished Colin Kaepernick and gave him a financial/career lynching. NFL players watched the lynching in real-time and decided to never go against the “masters.” Seventy percent of the players are “black” and maintain supreme power. However, because they lack real knowledge of self, they crumbled in the moment of extreme fear and unknown. No black athlete wanted to lose their biweekly paycheck on behalf of “police brutality/murder” in Black America.

George Floyd is not an athlete; he isn’t a millionaire, rapper, poet, or hold any fancy title in life. He was a loving father, a cool guy from the block, a loyal brother, and a black man trying to survive in Minnesota.

George Floyd lost his life during a brutal, calculated murder by racist police in front of the world.

The world cried on all seven continents. Billions of people marching in solidarity around the world, policemen are kneeling before the flag, confederate statues are being destroyed, major corporations rebranding, airports being renamed, and streets in the nation’s capital being relabeled “BLACK LIVES MATTER.” For what???!! All because George Floyd’s death broke the racist mercy of White America and a revolution launched. The movement behind George Floyd’s death caused the National Football League to announce a public apology.

Informing their predominantly black player-driven league, “we’re sorry we didn’t listen to your pleas for criminal justice reform. George Floyd made the NFL do the walk of shame on June 4, 2020. Over three years later and double-digit deaths of unarmed black people at the hands of police, now the NFL wants to say we’re sorry “Black America.” We will donate 250,000,000 (million) dollars over the next ten years, and Black athletes generate 1.7 trillion dollars on behalf of NFL owners. Any company can contribute, but real “partners” invest. NFL players need financial partners to support creating generational wealth vehicles, which includes NFL ownership, commercial real estate acquisition access, local community development, and more.

The loyalty and respect of Black America will not be “purchased” for 250,000,000 (million). The National Football League “MUST” make things 1000% correct with Colin Kaepernick and become partners with Black Athletes. Until that day comes, the “games of silence” continue.