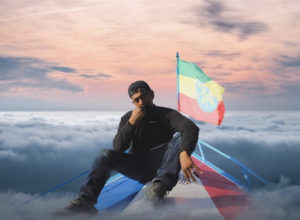 Virginia producer and creative Anweezy is on fire these days. Coming off the release of his “Chill Down” single, he is gearing up for the new year in a major way. As this release features South Korean rising songbird Sangstaa, Anweezy’s sound is reaching an international audience garnering him fans worldwide. Since relocating to Los Angeles, he is proving that he is ready to break into the mainstream music market as a hitmaker. This release is exactly what he needs to create some diversity among his sound as it is a slower, more chill vibe.

The melodic production is a perfect pairing with Sangstaa’s angelic vocals. As Anweezy normally produces high energy filled singles, this release is more of a mellow, sultry R&B track that provides a calming listening experience. The soulful melody shows the downsides of being in love when you’re not understood or heard in a relationship. Sangstaa’s raw vulnerability is super refreshing. As he recounts a story in which a love interest asked him if he could “slow down” in the relationship, the name of this song is fitting.

Virginia has birthed yet another game changer in music. Press play below to stream Anweezy and artist Sangstaa “Chill Down” single on this good day. From the moment you press play you will see why these two creatives decided to collaborate on this release.