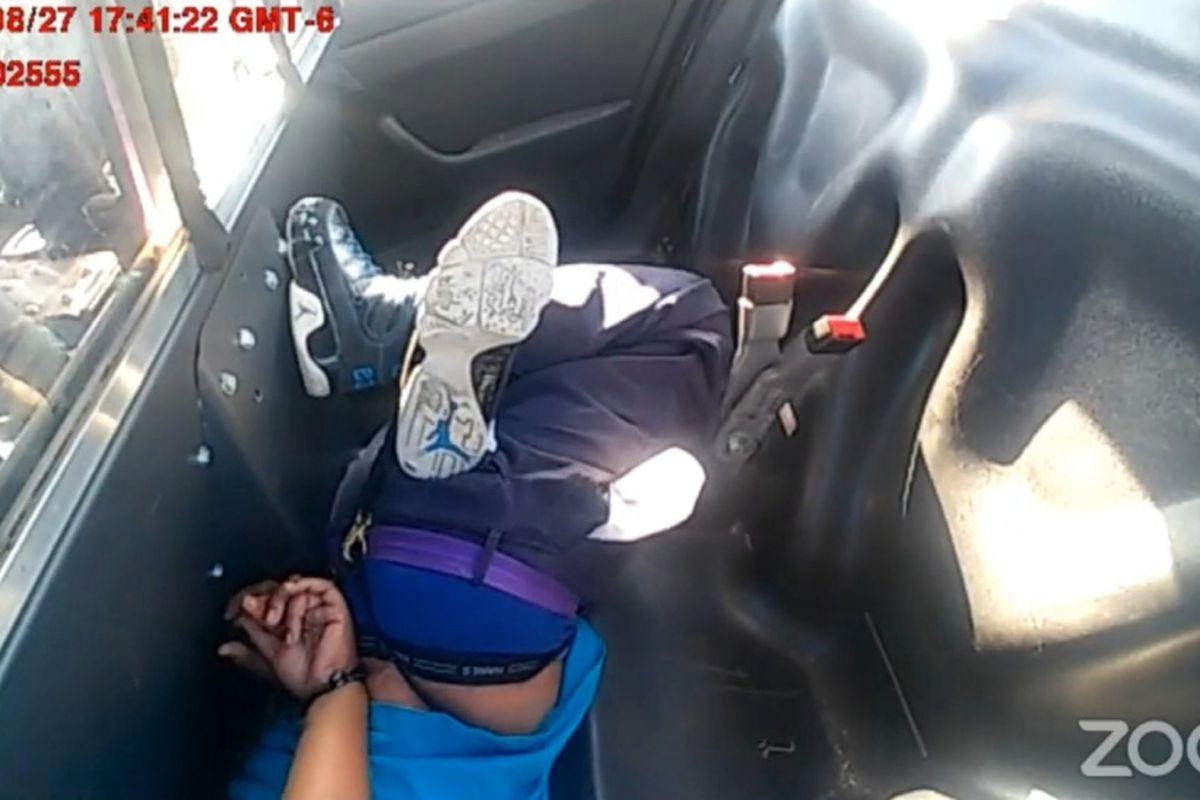 A footage has been obtained by the Aurora Police Department, wherein an officer can be seen “torturing” a Black woman in police custody.

In the video, Officer Levi Huffine hogtied Shatean Kelly and left her remain in a face-down position for about 21 minutes, although she pleaded for help.

On August 27, 2019, Kelly was arrested on municipal charges after she got into an altercation. Her hands were handcuffed to her feet by Hine, who claimed that she attempted to open the locks of the car to escape. When he began to drive to the prison facility, she reportedly fell down, landing face-first on the floor and asked for help. However, Hine chose to ignore her.

“Please, help me up, officer! I can’t breathe! I can’t breathe, officer!” Kelly cried. “I’m about to break my neck. I don’t want to die like this!” “I beg you, master,” she was also heard screaming in the video.

Aurora Police Chief Vanessa Wilson claimed there was no need for Huffine to be hogtied, and she noted that the locks in the cop car could not have been unlocked by Kelly.

“The hobbling in my opinion was another form of punishment,” she said. “In my opinion, she was just tortured back there. It makes me sick. We are not judge, jury and [executioner]. We are not to treat people inhumanely like they don’t matter.”

Moreover, she also stated that Kelly’s reference to Huffine as her “master” was “disgusting.”

Initially, Huffine was not charged with anything as Kelly was not injured. However, in February, Wilson decided to repeal the review board’s suggested punishment of a 180-day suspension and fired him. The termination was appealed by him, as he argued that he was too short to see what was happening in the back seat. Huffine will testify on Oct. 1 and the city’s four-person civil service commission will decide his fate.