Outkast’s “So Fresh, So Clean” and “Ms. Jackson” go platinum 20 years after their release 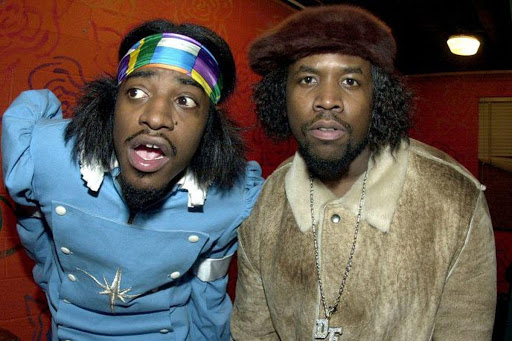 It was 20 years ago that Outkast released their popular album Stankonia. Now, their hit singles “So Fresh, So Clean” and “Ms. Jackson” have been certified platinum by the Recording Industry Association of America (RIAA).

As of Thursday, one million copies of “So Fresh, So Clean” were sold (Oct. 8). It was in 2001 that the song was released as the third and final single from their groundbreaking album. On the US Billboard Hot 100 charts back then, the track reached number 30.

According to RIAA, even “Ms. Jackson” touched the 1 million milestone on Thursday. It was on October 17, 2000 that the song was released as a part of Stankonia. For one week in February of 2001, it topped the U.S. Billboard Hot 100 chart. The RIAA also certified the album’s lead single “B.O.B” as platinum. It was released on September 19, 2000 through LaFace Records and Arista.

This news comes the same month as when Andre 3000 and Big Boi were celebrating the 20th anniversary of Stankonia. Recently, the group announced that the LP’s release anniversary will be commemorated on Friday (Oct. 30), through the reissuance of an updated version of their fourth studio album. This will include some unreleased remixes. On Instagram, they have been teasing their fans with ideas for the celebration.

On Thursday, Sony Music announced that streaming bundles and new vinyl and digital download editions of this popular album will be released. Moreover, it will debut on streaming platforms as well. Moreover, a new 2xLP version of the album will also be released by Vinyl Me, Please on black and white galaxy vinyl to subscribers.

Outkast released many hit singles such as “So Fresh, So Clean,” “Miss Jackson” and “B.O.B.” This was one of the most popular projects by the duo. After selling 5,30,000 copies during its first week, the LP peaked at No. 2 on the Billboard 200.

It’s been 20 years since the world took its first trip to Stankonia! Well, it’s time to head back to seven light years below sea level. Would you like to come? 🛸 #Stankonia20