Black teen screams for dad before getting tased 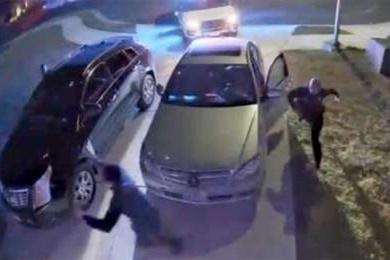 Black teen screams for dad before getting tased

Zekee Rayford is an 18-year-old who was tased and tackled by cops. His family is now seeking the arrest of these officers. A home security system captured the attack and the victim’s sister uploaded the video to social media. On Monday night, it has been reported that Zekee was driving home. Officers took note of him when he ran a red light. When they tried to pull him over, he continued to drive to his family home and then got out of  the car with his hands up. When the cops asked him to the ground, he went to his front door as he plead for his father’s assistance. According to reports, the cops screamed to ask him to stop resisting and two pushed him to the ground, tased and kicked several times.