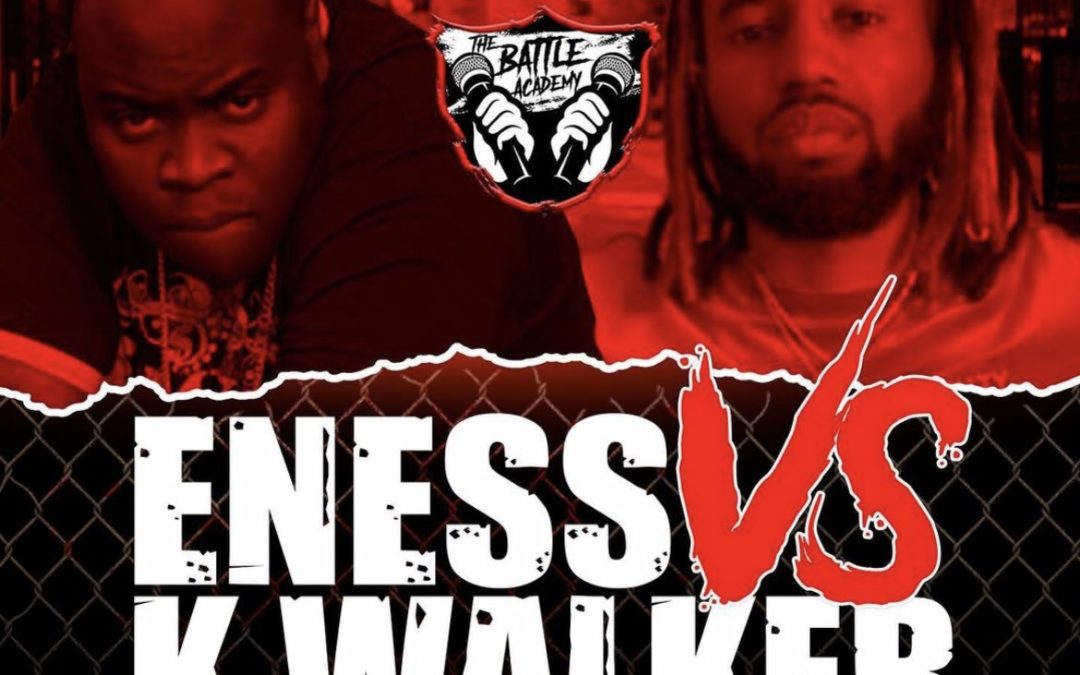 E-Ness says “I’m a battle rapper first”, K. Walker states “I’m not a battle rapper, I’m an artist” in the recent face off with the Battle Academy. Who has the advantage the veteran E-Ness or the new rap battle sensation K. Walker? Some say K. Walker’s relaxed approach may be detremental being as though E-Ness has had his chin tested on a higher level. K. Walker being an active artist was blessed with the ability to do both battle rap and create dope records. Having multiple singles in rotation with fm stations K. Walker see’s battle rap as a recreational sport he just happened to be great at. E-Ness being known for his accomplishments in and out of battle rap, feels his love for battle rap gives him a higher advantage being as though he is still a student of the game.

K. Walker coming off a few wins as E-Ness a lot of fans are considering this the battle for the face of Philadelphia Battle Rap. E-Ness first states he would battle K. Walker for the love of the sport but feels K. Walker should quit if he isn’t ready to be competitive. K. Walker feels he doesn’t need to “WWE” the situation or hype it up more that what it is, saying he isn’t into selling a character. K. Walker discrediting Stizz the host on a few statements and rumors of information that will be revealed during the battle. E-Ness stats he is not worried he is well prepared he has his weaknesses, strengths and strategies down to a science. K. Walker keeps his cool for the most part of the face off but could tell he was easily annoyed by the favoritism that was shown.

E. Ness being the first battle rapper to be paid from Philly says March 28th, he will earn his flowers and respect because Walker doesn’t know the business and lacks the drive to go the extra mile. K. Walker feels as though he has nothing to worry about and he will deliver no matter the circumstance.

“I’m one person” Walker stats firmly as he explains how he does more for others being a genuine person. He is tired of others asking him to change his character to fit the usual narrative and will continue to be himself. Ness continues to mock K. Walker by stating he will die in battle rap March 28th, at 11:22 mmg studios. A one in a life time opportunity to see 2 of the cities top battle rappers face each other for 3 rounds toe to toe. As a fan of both competitors I will be tuned in live to witness rap battle history and I wish both opponents luck.