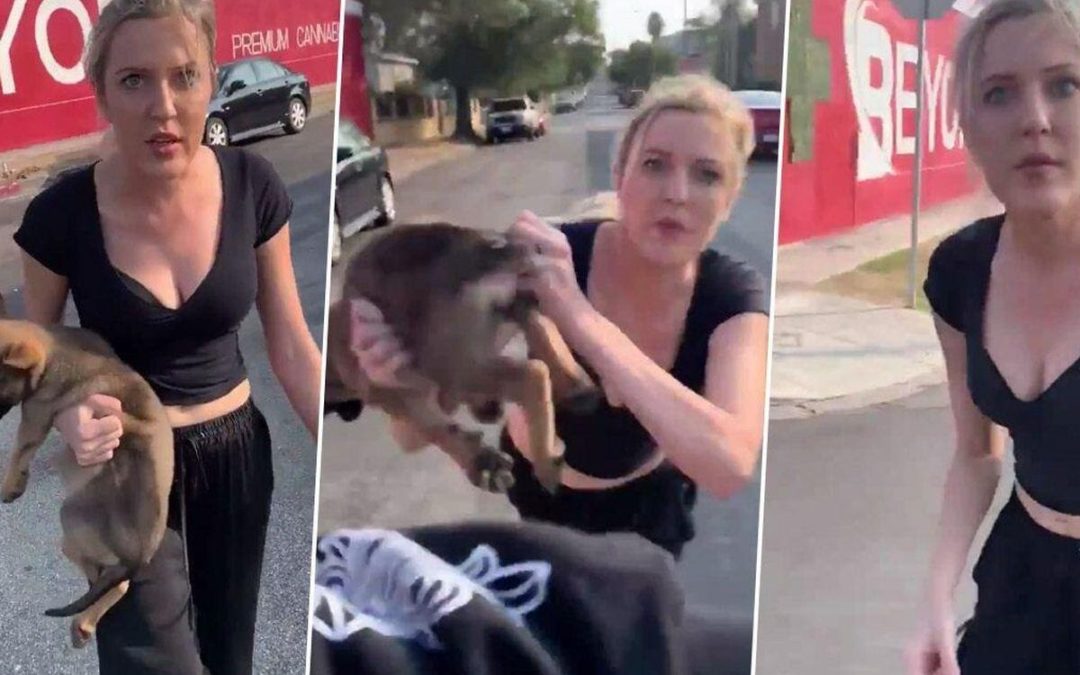 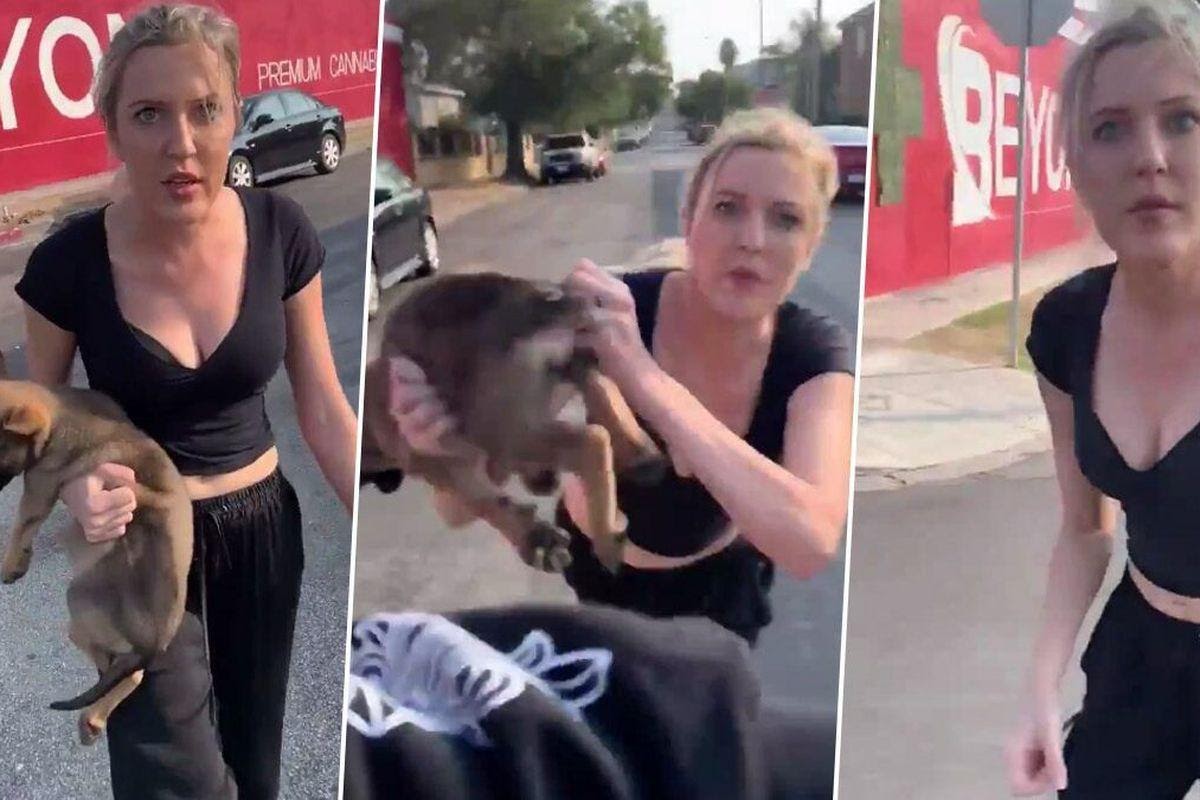 Yet another “Karen” has come to light recently. A white woman was recently filmed throwing a dog at a Black man, right in the middle of the street.

It was on October 9th that Glo Mula, a rapper based out of Los Angeles filmed the individual as the event unfolded. It is important to note that the woman was acting strangely, with her eyes wide open and her pupils dilated as she barely blinked throughout the video. As she held a dog, she kept stumbling around on the street in California.

Glo Mula asked the woman, “Why you holding the dog like that?” As she kept walking around and rambling, he said to her, “Bro, you got me in the middle of the street.”

Then, he enquired if the woman was on drugs. Throughout the video, she attempted to assault him several times, and also tried to stop him from going into his vehicle. During one point of the video, she spoke about the “mafia” and “military of the United States of America.” Then, she pointed out the race of the rapper, stating “You’re Black.”

“I didn’t say nothing about race, you racist bitch,” Glo Mula responded. “You’re the one that brought up fucking race.”

As the woman rambled on, she also tried to kick Glo Mula. Then, she began to walk away and then turned around to enquired if he “really wants to be worth more than a Mercedes.” When he asked if she owned the dog, she threw it at him.

After it landed on its back, the dog began to cry and ran to Glo Mula for safety.

“Get the fuck out of here, you dumb bitch!” he said to the woman. “This is not your dog no more. I got video of everything. Yeah, get the fuck out of here. You’re going to jail, bitch.” After he took in the dog, he renamed her “Movie” and started a GoFundMe page to seek donations for his new pet.

Check out video of the incident below.