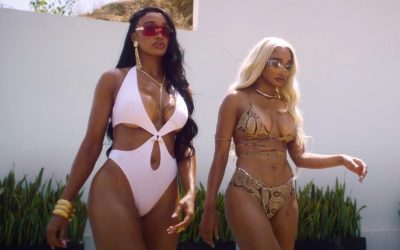 The clip stars Jordyn Woods and the González twins. While the world of hip hop remains in mourning since the loss of Pop Smoke, his music lives on. This past July saw the release of Brooklyn rapper’s posthumous debut album Shoot for the Stars Aim for the Moon, as well as his deluxe version.