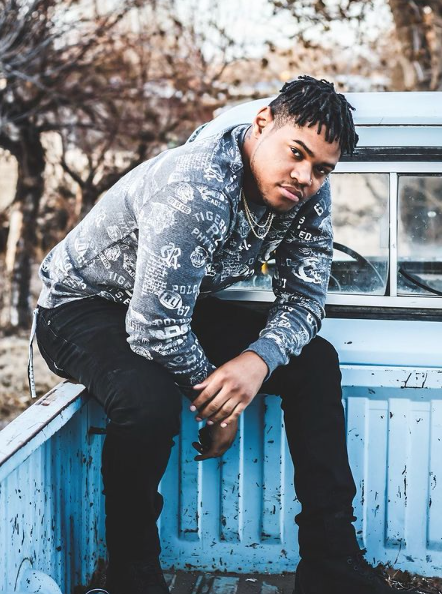 Dremon a young artist from the Wild West, captures an oasis vibe with his captivating music, catchy hooks, memorable choruses, and smooth, flowing verses. Dremon can fit into any playlist without feeling out of place. The versatility of his music solidifies his position in the music industry. Dremon is a Hip-Hop Artist from Albuquerque, New Mexico. His 2012 album, Great Escape, street LP, earned him a rising name, leading him to a meeting with Jimmy Kang, CEO of Str8up Ent and VP of Wu-Tang Management, and eventually three years under their management.

The route from there gave great valuable lessons and means to what Dremon would choose for a career. While pushing his album, The Music, he acquired more exposure with performances and networking with established artists and film cross-over in, “Money Is King,” (Freeway Rick Ross, Jadakiss, Tommy ‘Tiny’ Lister) in the feature film, Busy Day. The album began receiving rotation on local/ internet radio stations, with attention as a first-round winner of the Swisher Artist Project/ Grant 2016, scoring several soundtrack/placements/Reviews for the movie The Perfect Pickup; 2017’s XXL 20th anniversary edition, First Hip-Hop artist interviewed by ABQ The Magazine, Weekly Alibi, A&R Factory, The Colt Show, and placements for his single, “Gravity,” produced by Mike Cee more. By the end of 2019, Dremon was well on his way to the top, receiving over 150,000 streams for his song, “Beneficial,” with an artistic visual to stand out.

With an amazing outbreak starting up with “Gravity,” premiering on Shade 45 and HBCU College stations, the stage was set for success with the “Feel the Culture” 2020 Tour. This Wild West artist was moving with promise but with a world pandemic of Covid-19 land sliding the world, all concert/tours or major events throughout the world were postponed/rescheduled or canceled, thus pushing his new album, 2nd Nature, later into the year. This is a moment where most of the world was locked down, but it wouldn’t stop there for him. After catching attention with the release of his Neon Tokyo 90s animated music video, “No Exaggeration,” the optimistic artist found himself with press runs and the Jumping On Tour, keeping things up to momentum. With new singles “Say Less,” “Do It for Me,” and his album 2nd Nature still on the float, it’s safe to say Dremon will not stop.

Concepts reign strong in Dre’s visuals so it is rare to see him just post up and rap. With in almost every visual I’ve watched there is a story line to follow which shows a higher level of creativity. His visual shot in Las Vegas by RomeYaFavoriteRapper from Philadelphia, brought a story line and unique vision to add to Dre’s catalog. The concept of “Wax” was very easy to follow as the young king enjoys a day and night out in Sin City, he is followed by an attractive but unwarranted guest. Tune into “Wax” below by Dremon!

Prosecutors have sought an arrest warrant in combination with a rise in Kyle Rittenhouse’s bond, as he supposedly violated the terms of his release. The investigation by the Kenosha Police Department revealed that the teen is living in an address not listed with the court for two months now.  .

WESTSIDE BOOGIE is back with yet another bang after the recent release of his “Joe Exotic.” This time, it is a new freestyle on “Said Sum,” a hit single by Moneybagg Yo. The work was produced by YC. The freestyle video is simple and shows the lead chilling in an alley.

NAVY INVESTIGATES NOOSE ON THE WARSHIP BED OF BLACK SAILOR

NAVY INVESTIGATES NOOSE ON THE WARSHIP BED OF BLACK SAILOR

An investigation was launched by the United States Navy in relation to the noose that was found on a bed of a Black sailor in one of their warships. The anonymous sailor had found the noose on January 26th, and the Navy Criminal Investigative Service launch a probe into the issue. 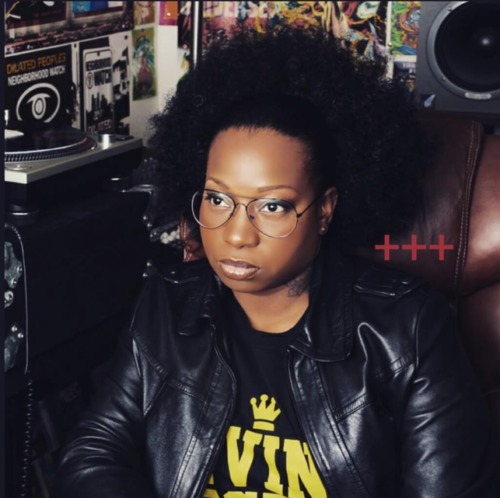 BAHAMADIA “BEING QUEEN DURING THE GOLDEN AGE”

If Bahamadia was to drop an album today, she would be the go to vibe. Kendrick would be out of a flow or two, Jay Z would have one of the illest female emcee’s on Rocnation and there would be alot more female collaborations. With a mix of todays producers and yesterdays delivery, she can be played to all listeners of all ages. The Queen deserves more praise in Hiphop easily landing in the top 10 female MC list. Not many artist make it out of the city of Philadelphia and she did it with remaining true to the essence.

To kick off her career Bahamadia started out as a DJ and switched trades when MC’s such as Sha-Rock (Funky 4+1 More), Lady B, and Salt & Pepa entered the rap game. Becoming one of the most sought after lyricists on the underground scene, Bahamadia earned the respect with rhyme skills, which were undeniable since the earliest days of rap, and her progressive musical outlook. Listening to the music of her time in todays climate makes her more than just an incredible MC. Bahamadia is an innovative talent acknowledged in various musical genres as a pioneer of tomorrow’s music. She released her debut album Kollage in 1996, and followed up with the independently released EP, BB Queen in 2000, then a full length album, Good Rap Music in 2005 and a 2010 it released it on all streaming platforms. Not only did she shout out every rapper in Philly on her first album, she stamped her name in history with the 1996 project Kollage. If you need a Philadelphia hip hop history lesson, tune in to “Uknowhowwedu”.

BEING QUEEN DURING THE GOLDEN AGE

Good morals, impowerment, high standards and unity are a few words I would use to describe the message in Bahamadia’s music. In addition to being a respected songwriter/producer, Bahamadia serves as a positive role model for, and mentor of, many upcoming artist. She is a regular participant in educational lectures at universities, as well as in music conferences and seminars. She has been a contributing writer for Stress Magazine in New York City, her historic weekly radio show at Philadelphia’s 103.9FM.

“Bahamadia’s B-Sides” (circa 1997-1999), reigned as one of the highest rated radio shows in Philadelphia. ” Bahamadia’s B-Sides” gave Philly radio listeners their first taste of then unknown artist like Eminem, Mos Def, and many of the Rawkus Records roster of artist during the late 1990’s. “B-Sides” showcased underground talent worldwide and served as a template for taste-maker forums such as “Now Hear This” presented by fellow Philadelphians The Roots. In Bahamadia’s words, “the show was designed to nurture grass-roots culture.” Bahamadia collaboration and guest appearance list is off the charts.

Although many of these collaborations have resulted in groundbreaking creations(for example, the track entitled “New Forms”, produced by Mercury Award winner Roni Size, was the first “Drum-n-Bass” track to feature a rap vocalist), they mostly came about in distinctly |organic fashion. Simply put, “sonic gems” were created because of musicians’ mutual respect for each other. These works include songs with Lauryn Hill, Morcheeba, Sweet Back (Sade & Maxwell’s band), Towa Tei, The Roots, King Britt, Ramsey Lewis (Jazzmatazz, Vol.2), Talib Kweli, Erykah Badu, Mc Lyte, Zap Mama, and more. When asked why she chooses to work with such an eclectic range of artist, Bahamadia explains, “I do it in order to push the envelope and stop the music from being stagnant”. Not only in demand for concert performances throughout the United States, Bahamadia had been invited to participate in many overseas tours, embracing |fans in Germany, Sweden, Switzerland, Holland, England, France, Poland, Austria and Australia gaining a global “cult” following based on integrity & skill.

SHOUT OUT TO THE JAWN FROM PHILLY FOR HOLDING IT DOWN!