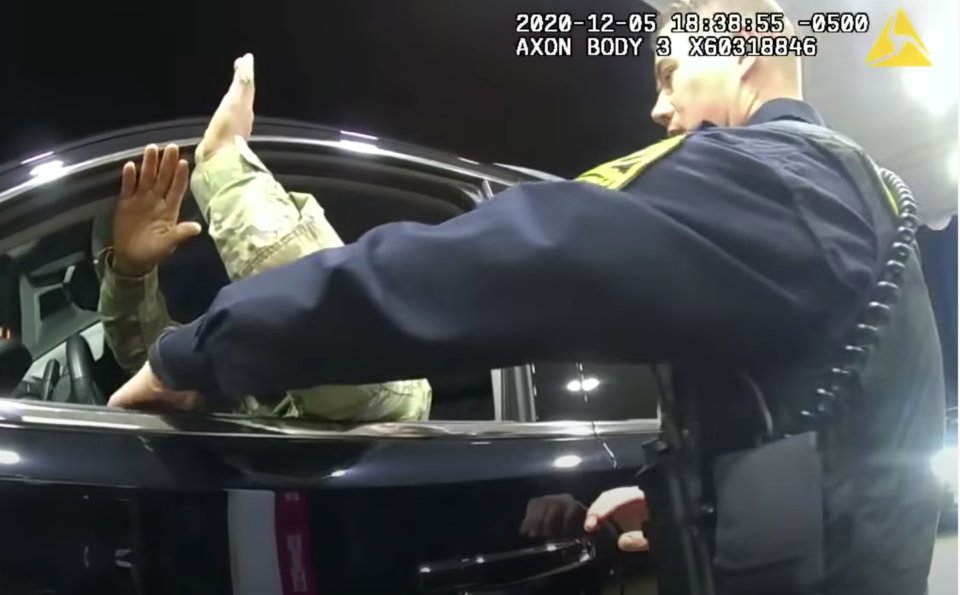 On Sunday, April 11th, two officers In Virginia aimed their guns and pepper-sprayed a black army lieutenant. Due to this, the Town of Windsor, Virginia, fired both of the officers. The Town stated that officers Joe Gutierrez and Daniel Crocker overstep Windsor Police Department’s use-of-force policy during their confrontation with Second Lt. Caron Nazario. Due to conflict, the Town terminated officer Gutierrez’s.

With the positive atmosphere of families and residents, The Town of Windsor prides itself in its charm and the community-wide respect of the Police Department. The statement said that the terrible event cast a negative light on our community. So rather than deflect blame, we have discussed the matter with our personnel. We are speaking directly to the community to explain to our community stakeholders.

After the termination of the officer by the Town of Windsor, the Virginia government follows the news. Due to this incident, governor Ralph Northam calls for an outside investigation into the Virginia state police.

Governor of Virginia Ralph Northam also stated on his disturbing event. ” Our Commonwealth has done important work on police reform, but we must keep working to ensure Virginians are safe during interactions with police, the enforcement of laws is fair and equitable and people are held accountable” The governor is calling this a terrible event in his tweet.

As per reporter, the confrontation started between police officers Gutierrez and Lt. Nazario and Crocker when they pulled over a Lieutenant’s car at a traffic stop in December. Lieutenant Nazario is black and Latino. He was traveling back home when the Police pulled over his vehicle. Both officers drew their guns after pulling Nazario and order him to get out of the car.

Lieutenant Nazario was genuinely afraid to exit from his car. Nazario was refusing to get out of his car. In the meantime, one officer shouted, “Yes, you should be,” and dragged Nazario out of his vehicle & sprayed him on the face with the pepper spray. A video reveals from Nazario’s cell phone and the officer’s body camera that also showed that one cop is striking the Lieutenant with his knee and can be saying and repeating, “This is fucked up.”

The Lieutenant took legal action and filed a lawsuit against the two police officers. The army officer says that the two cops illegally barricaded and claimed that cops violated his Fourth and Fifth Amendments rights. The Police say that the Army officer’s car was unregistered and also his rear license plate was missing, But the Army officer says that the vehicle was new and had a temporary tag in the rear window. Nazario believes that he was racially profiled because of his race.