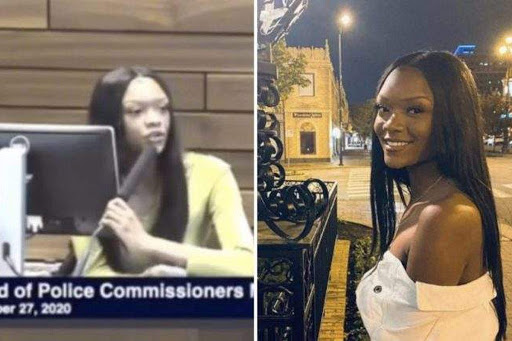 
Recently, a video where a Black woman was seen interacting with the Kansas City police went viral. On Tuesday, a meeting that was happening between the Kansas City Board of Commissioners was interrupted by Keiajah “KJ” Brooks and several other activists, and demanded that Police Chief Rick Smith resign as the complaints related to extreme force as well as fatal shootings of Black men were mismanaged. Once she took over the mic, she spoke about her intentions to condemn the department. Brooks addressed every individual in the room to address them as “rich and white,” “disconnected” and “out-of-touch person with nothing but pure apathy seeping through the veins of your paper-colored skin.” Pointing at another, she stated that they “exude white privilege,” while another was remarked to be “subjecting Black people to terrorism and un-Christ-like behavior.”