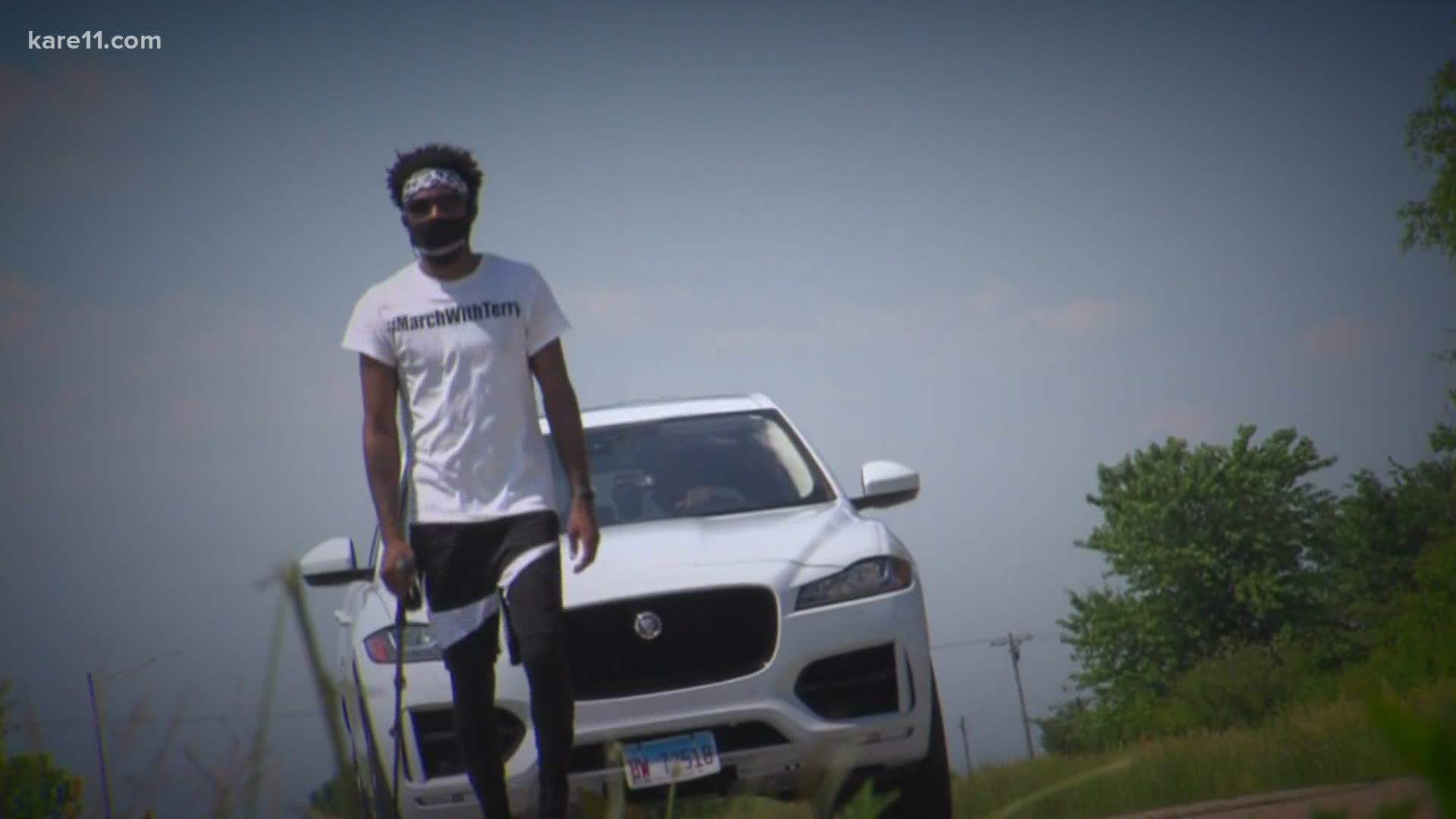 Terry Willis started his excursion toward the beginning of June.

With an end goal to offer his help towards George Floyd, Terry Willis set out on a 1,000+ mile excursion to Minnesota.

As indicated by Kare 11, Willis’ trek started on June 2 from Alabama with the objective of acquiring attention to racial shameful acts America. Right now, he is on the last leg of his excursion – the spot where Floyd died at the hands of police brutality in Minneapolis.

Willis clarified that subsequent to seeing the video of the previous cop Derek Chauvin that he needed to stand firm. “It was watching a cop – someone who’s supposed to protect us – murder a man on camera,” he said. “I knew I had to do something.”

He included, “I could have been George Floyd. That is the reason it truly hits home.”

For the excursion, Anthony Brown has been following Willis in a truck that contains more than 15 sets of shoes while reporting the experience via web-based networking media. “We all know that we need change in this world, and it’s sad that it’s taken this long and this many murders for us all to start doing something,” the Alabama native said.

The updates on Willis’ excursion came after more than 150 Minneapolis officers petitioned for incapacity claims, saying that they are encountering PTSD following the demise of Floyd. “Following the George Floyd incident, unfortunately it became too much and as a result they were unable to, and are unable to, continue on and move forward,” Attorney Ron Meuser said. “They feel totally and utterly abandoned.”

He proceeded, “The men and women in public safety who give their heart and soul to serve Minneapolis and keep it safe deserve to have Minneapolis leaders to step up and support them. Instead of spending time plotting the dismantling of the force, let’s come together to improve community trust and work towards a safer city for all.”