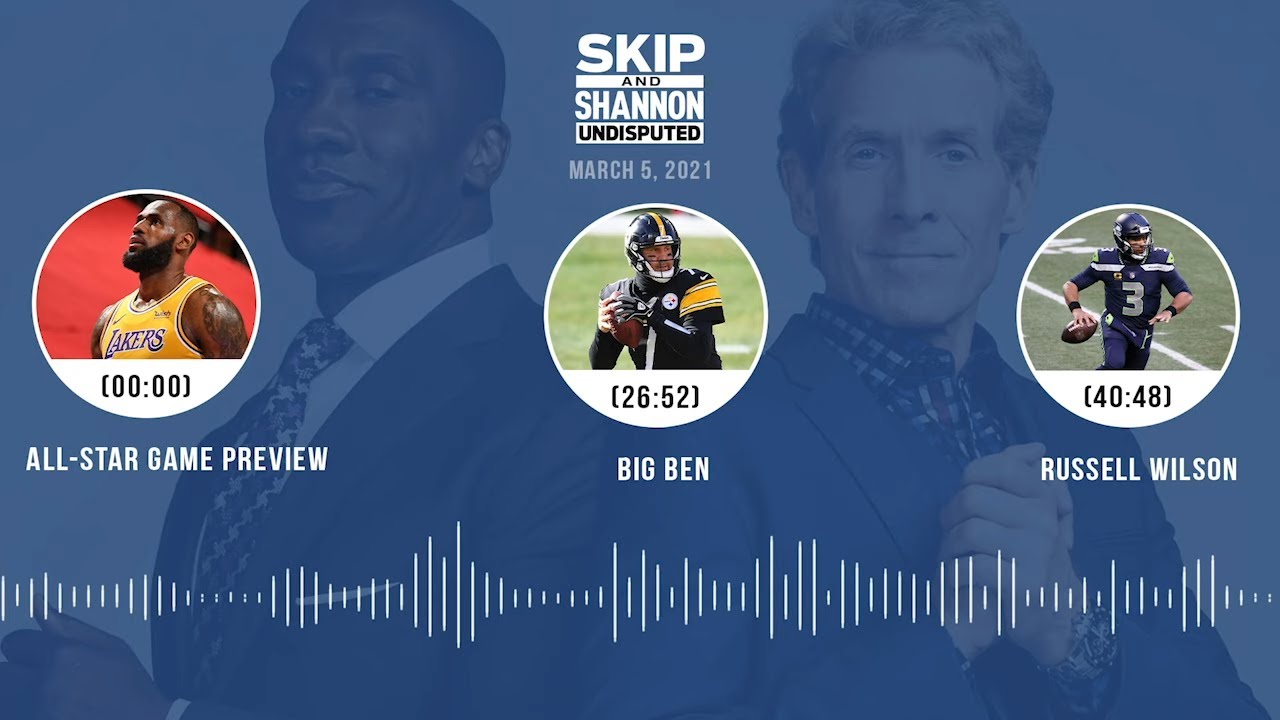 Topics:
► Does Team LeBron have the edge in the All-Star game since KD isn’t playing?
► Can the Steelers still contend for a Super Bowl with Big Ben at QB?
► Surprised the Seahawks are entertaining the idea of trading Russell Wilson?
► Should Patrick Beverley be upset LeBron was listed higher than him on the NBA Defensive Player of the Year rankings?
► Surprised LeBron chose Paul George for his All-Star team?
► Are you buying LeBron’s reason why Mitchell & Gobert were the final two All-Stars chosen?)
► Agree that Dak Prescott should have gone #1 in the 2016 draft instead of Jared Goff?
► Any issue with LeBron never doing an All-Star dunk contest in his career?
► Should Miami be wary of committing to Tua Tagovailoa as its franchise QB?
► Will LeBron get another All-Star Game MVP this weekend?