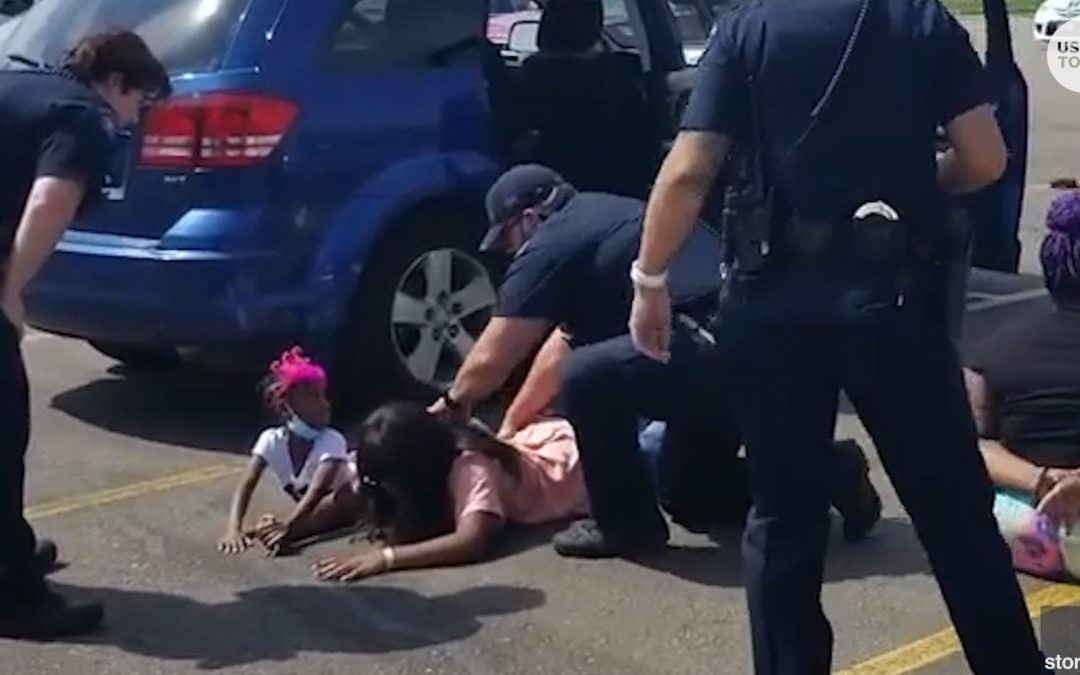 A Black mother and four kids had firearms drawn on them by police, who were in pursuit of a stolen motorcycle from another state.

Cops in Aurora, Colorado wrongly bound and confined a Black mother and four innocent children subsequent to confusing their SUV with a stolen motorcycle. Brittney Gilliam was with her 6-year-old daughter, 12-year-old sister and young nieces when police pulled up behind them, took out their firearms and forcefully ordered them out of the vehicle.

“That was terrifying. As a parent, it was heartbreaking,” Gilliam told ABC News affiliate Denver 7.

Video of the arrest caught by witnesses demonstrated a gathering of officers constraining the children to lay face-down on the ground while they questioned Gilliam regarding her vehicle. The vehicle was not stolen. Rather, police technically were instructed to use their resources to locate a stolen motorcycle from another state, which had a similar tag number as the SUV.

Acting police chief Vanessa Williams, who was highly recommended by the city council to satisfy the position permanently, apologized to the family and said it was a horrible blunder by the police department’s plate analyzer that caused the misstep.

“We first want to offer our apologies to the family involved in the traumatic incident involving a police stop of their vehicle yesterday,” Williams said in a statement.
“We have been training our officers that when they contact a suspected stolen car, they should do what is called a high-risk stop. This involves drawing their weapons and ordering all occupants to exit the car and lie prone on the ground. But we must allow our officers to have discretion and to deviate from this process when different scenarios present themselves. I have already directed my team to look at new practices and training.”

Gilliam said the episode left her daughter in shock and with another perspective of police.

In her statement, Williams added that the city will cover “age-appropriate therapy” for the kids.

“I have called the family to apologize and to offer any help we can provide, especially for the children who may have been traumatized by yesterday’s events. I have reached out to our victim advocates so we can offer age-appropriate therapy that the city will cover.”

As per Williams, an internal examination launched to find a permanent resolution and prevent future missteps.