Benny The Butcher releases “3:30 In Houston” 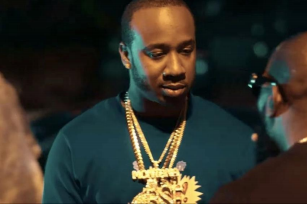 This year, Westside Gunn teased audiences with a video from his Griselda imprint that has been titled Conflicted, featuring Benny The Butcher, Duece King, Adiyon  Dashalon, J Holiday, and Michael Rapaport. Now, The Butcher has released a new song from the official soundtrack of the film titled “3:30 In Houston,” which is  produced by Daringer and Beat Butcha.