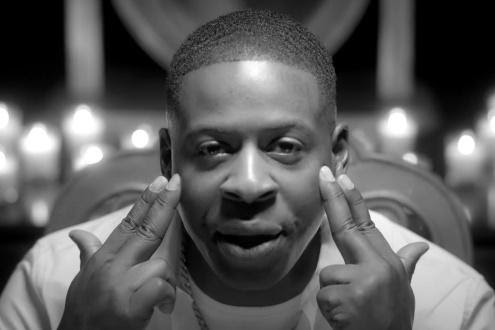 Last weekend, Blac Youngsta and Moneybagg Yo collaborated on the project Code Red, which includes 13 tracks and appearances from 42 Dugg, City Girls, DaBaby, Yo Gotti, Pooh Sheisty, and more. Almost right after the release of visual for Moneybagg’s “SRT” comes a new clip from a project titled “Truth Be Told,” which includes production from Brxtn, Dzimi, and 1040. This particular track is extremely powerful, as he talks about various tragic incidents in his personal life:

“Do you really have what it takes to be a millionaire? My TT, she got sick on me, I told her she’ll be fine, I saw that cancer killing TT, I saw TT dying, my TT wanted to see me, but my TT end up dying…/”

In the black-and-white video, Blac Youngsta can be seen rapping as actual familial issues unfold around him, throwing light on sickness, violence, and more. Then, the Memphis star is arrested due to his apparent actions and they see him smoking, reading a bible, and so much more. Undoubtedly, it is a song with several underlying emotions.

Blac Youngsta recently spoke on his city’s success in hip hop to Billboard:

“Too many millionaires coming out the city… Everyone’s looking like, ‘Where the f*** they get the money from?’ I love where the city’s at right now — I love what Tay Keith is doing with the beats.”

Press play on “Truth Be Told” below.