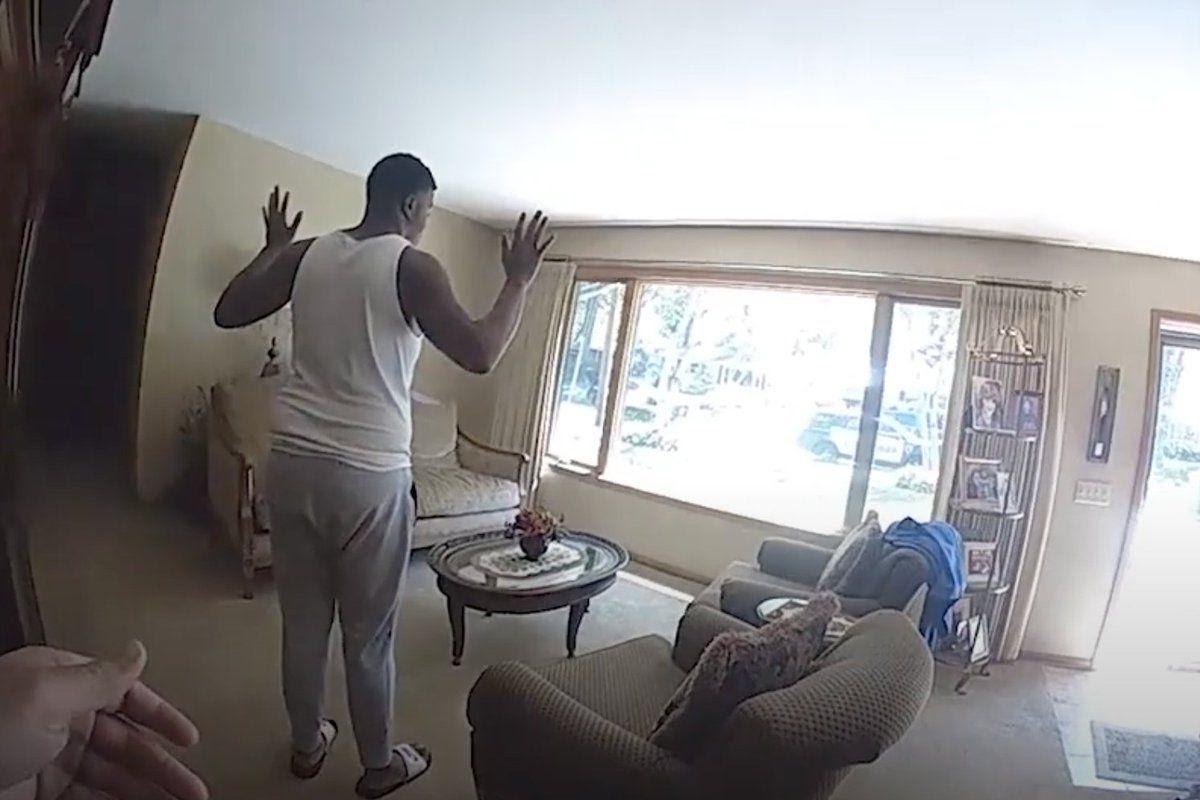 In Monona, Wisconsin, a Black man was held at gunpoint at his place by police, after his neighbors reported that they couldn’t recognize him. Now, a federal lawsuit against the city and the officers was filed by Keonte Furdge.

The incident reportedly unfolded sometime after Furdge moved into the home. He was renting the house along with his friend Toren Young, from the son of the owner- who passed away. A neighbor reported to the police that Furdge was sitting at the porch of the house although the place was supposed to be vacant. Moreover, the woman also divulged that Furdge was African American, though it is claimed that his race was not disclosed to the officers who were sent to the house.

Upon arriving at the scene, officers Jared Wedig and Luke Wunsch reportedly saw that the house’s door was left unlocked. It is reported by the Monona Police Department that the cops knocked and announced their presence and when nobody responded, they presumed that it might have been a burglary. Following the alleged protocol for robberies, they entered the home with their guns drawn.

Then, the cops detained Furdge using handcuffs. When they learned that Furdge lived there, they removed the handcuffs and apologized.

Last week, Furdge filed a federal lawsuit against both Wedig and Wunsch and the City of Monona to “vindicate the violation of [his] constitutional rights.” The suit stated that Furdge is also suing the officers and city to make sure nothing like this ever happens to another Monona resident.

“Punishing the defendants for their egregious conduct with the hope that the punishment is significant enough to prevent this from happening again in the future, so that a person can move into a formerly vacant house in the City of Monona and sit on his front porch without having to fear that the police will break in and shoot him,” the suit reads.

Following the incident, the police department reportedly began a review of their suspected burglary procedure.

This is sad why are neighbors doing this to black people. How do you not know who lives on your block

Racism is at an all time high