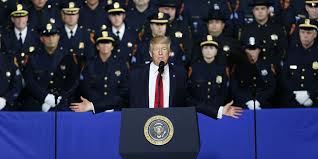 Mark Dupree, who is a Kansas-based prosecutor who was recruited to help out with  Donald Trump’s controversial law enforcement task force, decided to quit the  position and stated to U.S. Attorney General William Barr that he was “deeply  offended by a political agenda to divide rather than build.” Moreover, he was  concerned that the systemic racism will not be acknowledged by the commission.  Dupree is Wyandotte County District Attorney, who is the only Black D.A. in his  state.