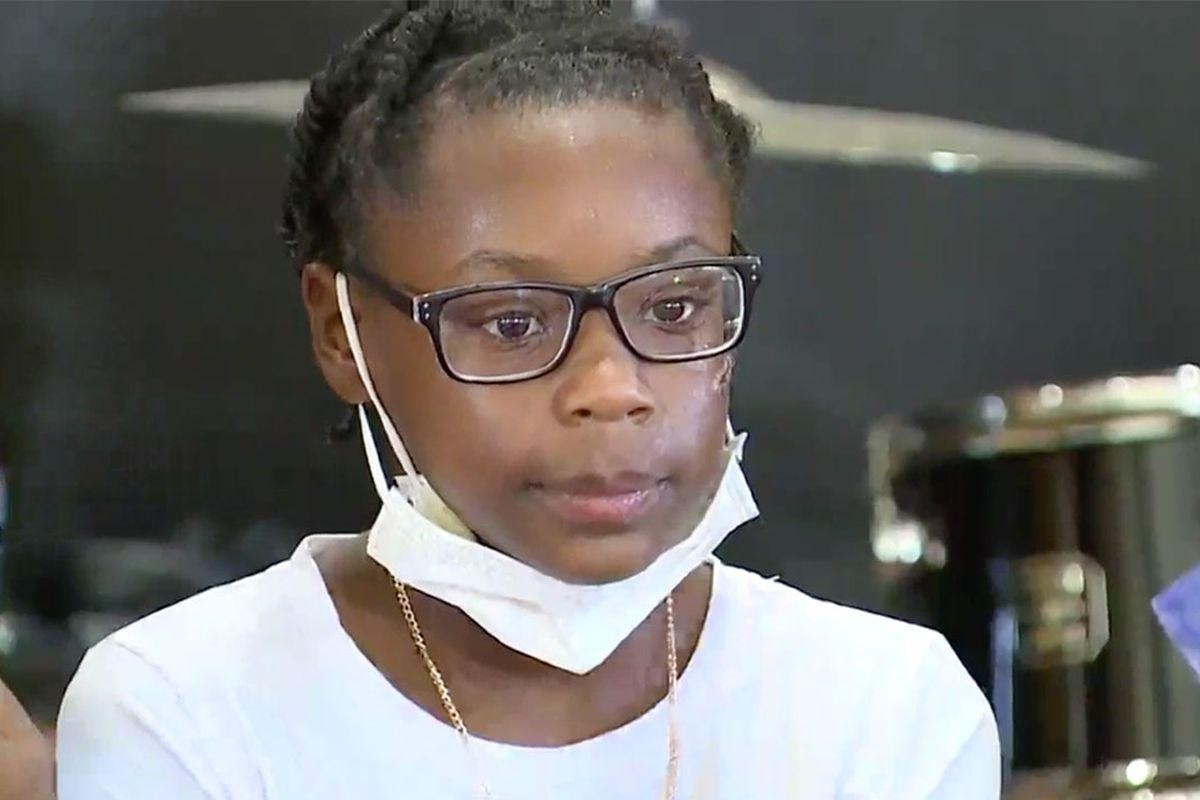 After allegedly attacking an 11-year-old Black girl with a pipe, in what is being looked at as a racist attack, a 12-year-old boy is now facing felony charges. According to reports, the 11-year-old girl, Nevaeh Thomas, was playing with her friends at an apartment complex in Shawnee, Kansas. Then, the boy approached them and used a racist slur against the girl.

According to reports, Thomas didn’t get bogged down, and instead, retorted saying “my Black is beautiful.” However, the boy ended up hitting her with a metal pipe. The attack left Thomas dealing with severe injuries, including a concussion, stitches and a broken tooth.

The white, unidentified boy was charged with felony, aggravated battery and is currently under house arrest. On Thursday, Thomas spoke about the incident at a press conference.

“All I want to say about this is the we need to stop hate and racism. It’s wrong, and it’s wrong to hurt people,” the preteen said. “I think kids need to get together and talk about racism. It’s ok if we’re different, we have different opinions — but it’s not ok to hate and judge each other on the color and skin.”

Mother of Thomas, Brandi Stewart, stated that she is happy that the boy was charged, although she hopes that he seeks help in order to handle his aggressive attitude.

“He’s only 12 years old. I want to believe that there is hope and that if he does get good help that he can learn from this incident and learn that hate and violence is not healthy,” she said. “We need to tell [our children] how expressions of hate can make others feel and how they can leave scars that last a lifetime. We need to make sure our children have healthy ways to resolve conflict, and we need to model these behaviors for them as best we can.”