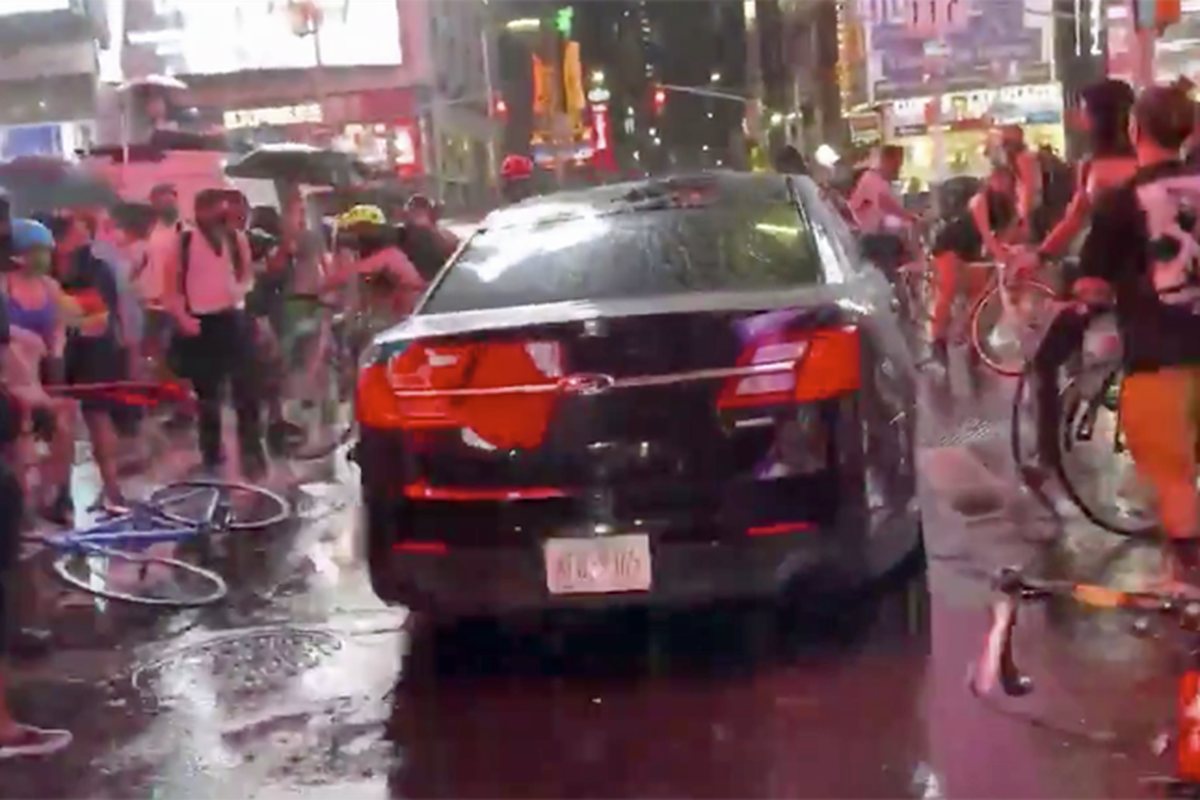 Thursday night saw a car driving through several protestors in New York City’s Times Square, and a video of the incident was captured and uploaded on social media. Several activists decided to stage a protest to mourn the death of Daniel Prude in police custody, and demand justice. Daniel was a Black man who passed away back in March.

According to witnesses, about 350 protestors gathered in Times Square for the demonstration and a car whizzed through the group. Right after 8 p.m. EST, a video surfaced, wherein a black car was honking at and driving past protestors, after which it turned to enter another street. As the car drove through protestors, many of them screamed out “Medic!”

According to witness accounts, several people were hit although the number of people who have sustained injuries has not been revealed. On Twitter, WNYC reporter Gwynne Hogan stated that although people were “rattled” but “most were able to jump out of way.” Following the incident, people began to march in line with the plan.
The New York Police Department launched an investigation to identify the driver of the car, which, according to them is a black Taurus sedan. The police believe that the driver was a part of another pro-trump rally that was organized near the Black Lives Matter protest. According to the officers, they asked the driver to move his car in order to enable them to create a barrier between the two demonstrations. However, she accelerated through the crowd.

In order to file a police report, officers are enquiring as to how many people sustained injuries. On Twitter, Council member Keith Powers pledged to investigate as well.
“My office is looking into tonight’s incident in Times Square. Hoping everyone is safe,” he wrote Thursday night (Sept. 3). “Using a vehicle to hurt peaceful protestors is unacceptable and must be stopped.”