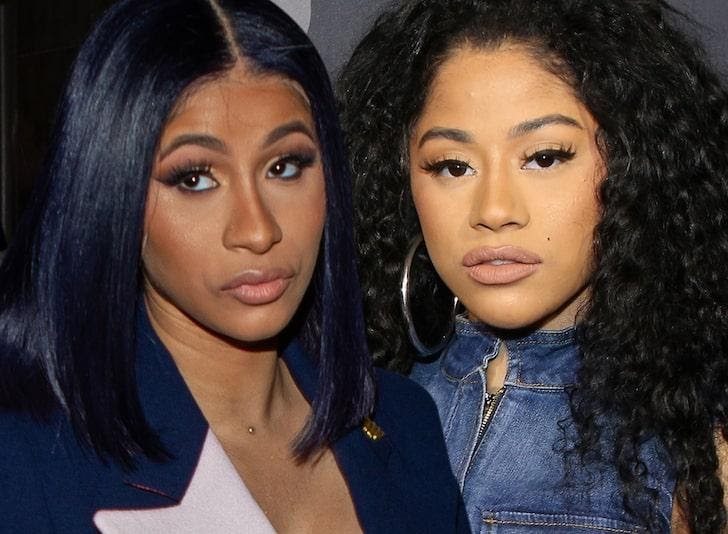 After calling a group of beachgoers “racist MAGA supporters,” Cardi B and her sister are reportedly getting sued.

Peter Caliendo, Pauline Caliendo and Manuel Alarcon are suing the both the rapper as well as her sister, Hennessy Carolina, as well as Hennessy’s girlfriend, Michelle Diaz. The claims are that the trio defamed them by calling them racist during a squabble at the Hamptons earlier this month.

The plaintiffs have reported that they were having a good time at Smith Point beach with their families and then, when Hennessy walked towards them angrily- spitting, insulting and threatening them as one individual in the party was donning a MAGA hat.

During the same incident, Cardi filmed the video of the feud and tweeted the same, stating that because her sister and her friend are an Afro-Hispanic gay couple, which is why they were being harassed.

According to the group, Cardi B, Hennessy and Michelle edited the video footage before they posted them on social media to categorize them as racists. In the video posted by Cardi that day, Hennessy can be heard explaining that a person from the group asked her to go back to her country.

According to Hennessy, they were targeted because they “saw us parking here and we were speaking Spanish and we’re mixed.”

yeah this racism thing is the hot button in America right now. Wish we could all get along