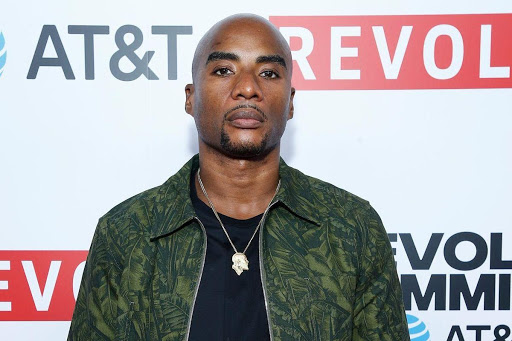 “WHAT THE FUCK! (VOTE For TRUMP) I’M OUT,” the rapper wrote in an Instagram post earlier this week. “FUCK NEW YORK. The KNICKS never win anyway. I don’t care if Trump doesn’t like Black people 62% are you out of ya fucking mind?” Needless to say, social media users expressed their outrage about this statement. He did not retract his statement and instead, explained that he doesn’t “want to be 20 cent.” He also added that he will leave America if Biden wins. However, Charlamagne stated that tax plans should not be prioritized over racial issues.

”Unlike 50 Cent, I can’t pick racism and bigotry and fascism,” the radio host said during a conversation with Fox Business’ Lisa Kennedy Montgomery. “I can’t choose that over my finances. My finances might just have to take a hit. We gotta get that fascism out of the White House. But I’m not mad at 50, I mean honestly 50 just said out loud what a lot of people were thinking. When I saw that, I thought that,” he added, noting he will be affected by Biden’s tax plans as a New Jersey resident that works in New York.

This isn’t surprising tho. 50 cent already let you know what’s going on.