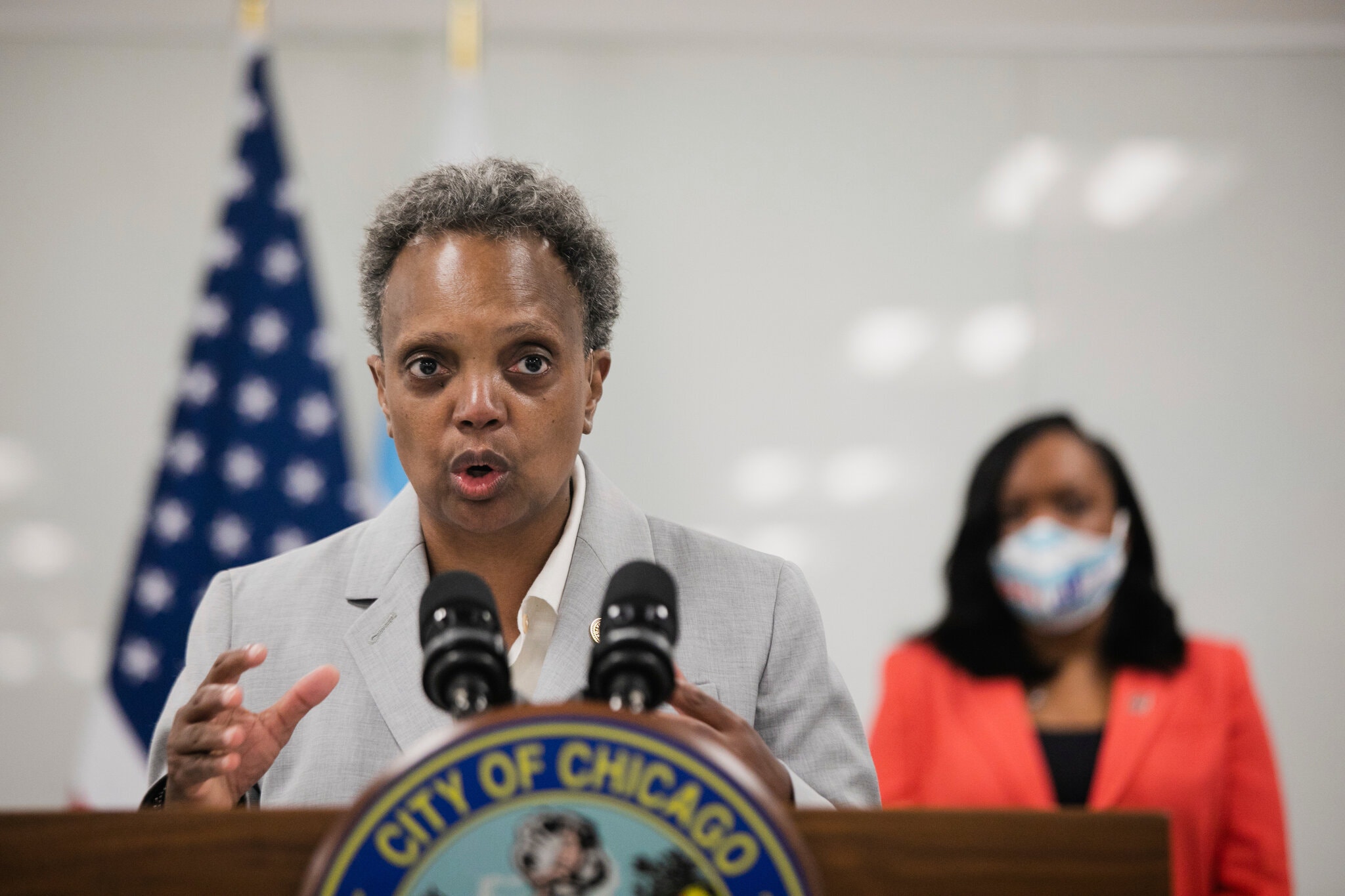 “Under no circumstances will I allow Donald Trump’s troops to come to Chicago and terrorize our residents,” Chicago Mayor Lightfoot said.

In a question and answer session on Tuesday (July 21), Chicago Mayor Lori Lightfoot said she would not permit Donald Trump to send anonymous government agents to react to anti-police brutality protests, as has occurred in Portland.

“What I comprehend now… is that the Trump organization won’t absurdly send anonymous specialists to the lanes of Chicago,” she said. “We have data that permits us to state — in any event now — that we don’t see a Portland-style sending coming to Chicago.”

Rather, the administration is relied upon to send agents from the Federal Bureau of Investigations, Drug Enforcement Administration and the Bureau of Alcohol, Tobacco, Firearms and Explosives.

“Unlike what happened in Portland, what we will receive is resources that are going to plug in to the existing federal agencies that we work with on a regular basis to help manage and suppress violent crime,” Lightfoot continued. “I’ve been very clear that we welcome actual partnership, but we do not welcome dictatorship.”

The declaration shows up after Trump promised to send government agents to Chicago and different urban communities because of protests. The organization has talked about sending upwards of 150 federal agents from the U.S. Branch of Homeland Security and agents from different divisions in Chicago, the Chicago Tribune reports.

“Under no circumstances will I allow Donald Trump’s troops to come to Chicago and terrorize our residents,” Mayor Lightfoot added on Twitter.

Government officer’s treatment of regular citizen protestors has been broadly reprimanded after ongoing events in Portland. A week ago, Oregon Attorney General Ellen Rosenblum recorded a claim against a few government offices for “unlawfully confining” protestors, showering nerve gas and discharging less-deadly shots at crowds and discharging less-lethal shots at protest crowds and violating their Constitutional rights. The Oregon governor and Portland city mayor have censured the special agents via social media and requested that Trump evacuate them, as Mayor Lightfoot is presently endeavoring to do.

Prior this week on MSNBC’s “The ReidOut,” Lightfoot said she would document a claim so as to prevent Trump from sending government agents to Chicago if vital.

“We’re not going to have tyranny in the city of Chicago,” Lightfoot said. “Our democracy is at stake and I’ll be darned if I’m going to let anybody — even if their name is Mr. President — bring those kinds of troops to our city and try to take off our residents.”

Illinois Gov. JB Pritzker additionally said he would work to prevent the convergence of federal agents on Tuesday, considering them a “wrong-headed move on the part of Donald Trump… [and] Homeland Security.”