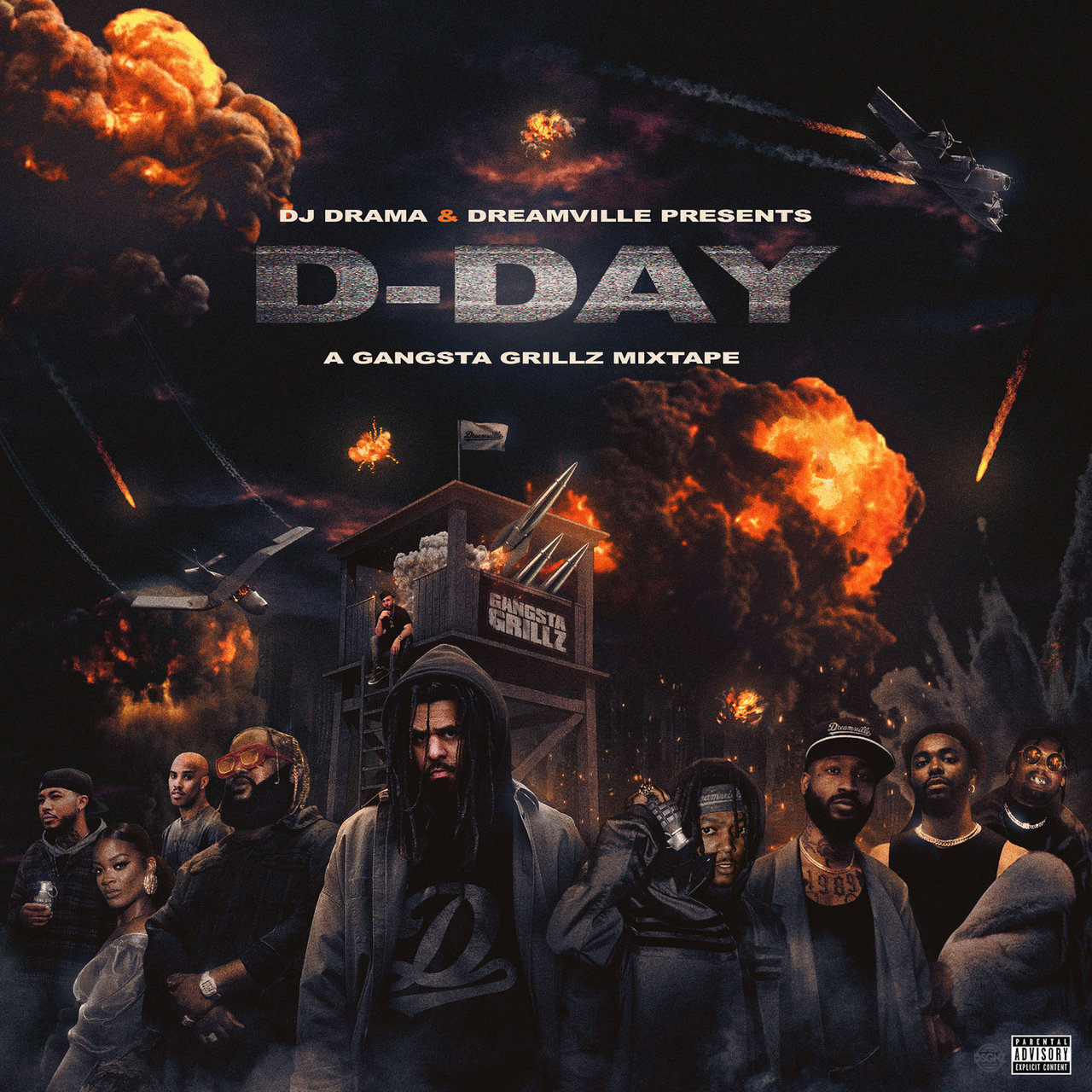 As usual, J. Cole blessed fans with this fantastic surprise. The Rockville star and his Dreamville Camp are hitting the streets today (March 31). Lute, Bas, Ari Lennox, EARTHGANG, J.I.D, Cozz, and Omen collaborate with DJ Drama for D-Day: A Gangsta Grillz Mixtape, which will contain both previously unreleased tracks and previously released tracks such as J.I.D’s “Ambassel,” which helped make the Madden NFL 22 soundtrack stand out.

Besides appearing at Dreamville, D-Day is also taking part in this year’s festival, which will be held in Raleigh, NC this weekend, and in addition to the aforementioned will feature Ja Rule, Lil Baby, Ashanti, Moneybagg Yo, Kehlani, Bia, WizKid, Wale, Morray, Fivio Foreign, Blxst and more. Drama will also appear at the event as part of the Gangsta Grillz with Lil Wayne, Jeezy, and T.I.

The collective of Dreamville came together a few years ago to release their third installment of their Revenge of the Dreamers series, which included a healthy amount of cuts with a host of guest appearances from the likes of Smino, Childish Major, Yung Baby Tate, Reason, DaBaby, Guapdad 4000, Ty Dolla $ign, Vince Staples, and Deante’ Hitchcock. As a result, the project was an outstanding success for all parties involved, landing at the top of the Billboard 200 charts after selling 115,000 album equivalent units in its first week of release. After Revenge of the Dreamers III’s release, a Director’s Cut version with twelve additional songs been released.

In regards to Cole, he released his sixth studio album, The Off-Season, last year. It was another chart-topper from the camp (and Cole’s sixth). A tour of the same name was later organized to promote the album, which included Morray and 21 Savage.