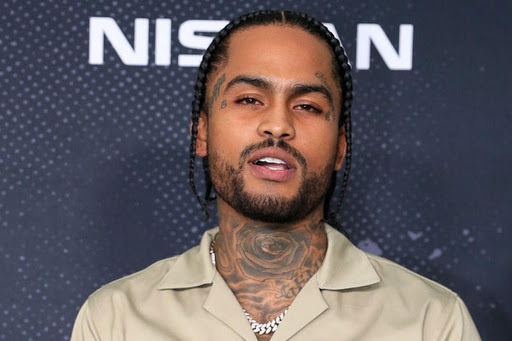 Delta Airlines kicked out Dave East off on one of their flights on September 11. In response, he claimed that it was a racist move.

The emcee of the Paranoia: A True Story took to Instagram to post a video of the incident. “RACISM,” he captioned the post. “Fucc Delta! Racist Ain’t Even The Word! This Jamaican Man Defending me and He don’t even know me!!!! He watched the racist harassment!!!! Delta Airlines Y’all Need To Stop Hiring these racist, stupid, ignorant TRUMP supporters that get nervous when they see a PERSON OF COLOR in first class!!! Bitch just ask me what I want to drink and keep it pushing!!!! Shit got me Hot.”

The video was three minutes long and it featured the individual who was alluded to in the caption. The man was speaking to one of the flight attendants. The rapper stated that he was kicked off the flight only because a few people were nervous about seeing a Black man in first class.

While he was leaving the plane, over six police officers could be seen waiting for him.

“Racism is crazy,” he said in the video. “With all this shit going on in the news — Black people getting shot every fucking day — y’all do this on an airplane?”

Then, he also captured the badge numbers and names of the Port Authority officers on camera. Upon reaching the Black officer, he says, “You the brotha. You just doing yo job though.”

Then, East went on to ask the location of the woman who led to his ouster from the flight. He asked, “Y’all gon let her fly? And we gotta get off the plane?” However, the woman did not feature in the video. A man from the team of East approached the man defending East to express his gratitude.

The rapper was supposed to visit Shark Bakery’s Pop Up in Atlanta on Friday night. However, there was no news regarding whether he managed to catch another flight.