Dell-P Drops “We Owe The World” Another Classic Album 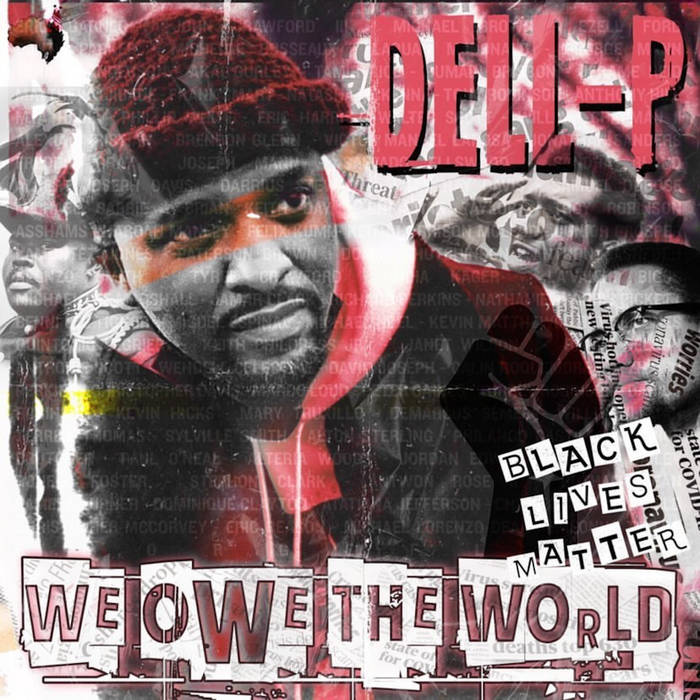 Verdell Smith better known as Dell-P, recently hosted a listening party for his latest release “We Owe The World”. 17 undeniable records that are playable at anytime of the day and of course for any age group. Due to his top tier vocabulary Dell-P is able to refrain from using profanity and still deliver the pain and feeling. Most underground artist struggle to project their message and reach the masses due algorithms and music bans outside of the country. As American artist we often are not in tune with the rules and regulations other countries apply to music where the true emcee Dell-P has no fault. The humbled spitta’ has not only continued to deliver new stories, instill more morals and paint more pictures, he was able to collaborate with some like minded souls to deliver classics.

“Here For It” featuring Wil Guice has the award winning sound Philadelphia is known for. Incorporating the soul and Hip-hop with a message to uplift, you can’t be more Brotherly Love than that. Then following with a vibe that takes me back to Wu-Tang, Mos Def, Talib Kweli vibes with “Get Busy on Em” featuring Teef. The simple but catchy instrumental that puts you on a New York Subway, then the bars that blend that make you feel like you got off on some hundred and Lennox ave. Dell-P hands down has Hip-hop mastered and if the fore fathers were looking to pass the torch bring it back to Philly.

“Karma” one of my favorite records on the project for sure. The story telling ability he has is unflawed and has me anticipating the visual production. I see this being one of the stand out records that really capture the mind, ears and hearts of the people. With features from Trazsh Man, Wil Guice, Teef, Tracey Lee, MC Knowledge, Jay Reezy, Zone Boy Mir, 4evertaylormade and Wise intelligent made for a great collective of outstanding music.

He’s been considered seven times for a Grammy – including three for Best Rap Album and once for Best Rap and Song Performance. Don’t sleep on the future of Hip-hop support Dell-P.