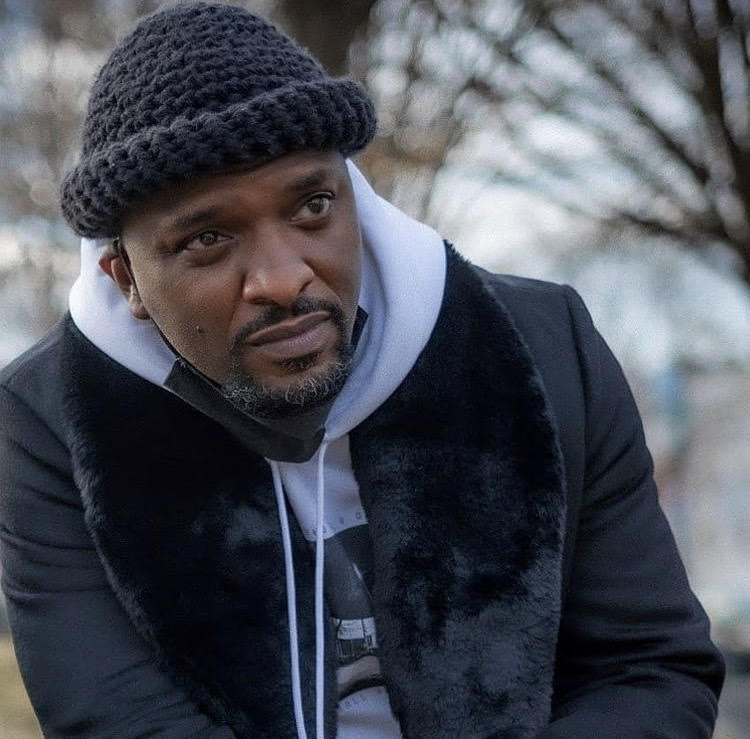 Verdell Smith, better known as Dell-P has gained the attention and consulting support of the legendary 3 time Grammy Award winning songwriter/producer Carvin Haggins. Stay tuned for what’s to come in the near future. Dell-P has received music placement and an acting role in the 2021 Film “When George Got Murdered” Directed By Terrance Tykeem, which will be available on Netflix. In February 2020, Dell-P was personally recommended by the legendary Black Thought to participate in The School Of Thought Workshop/Showcase. This was the first ever Hip Hop Master Class to be held at the prestigious Carnegie Hall.

Dell-P’s latest Grammy Considered album MEGA (Make Emceeing Great Again) is available on all digital platforms now. Be sure to check the videos for his latest single “By Any Means” &” Follow The Signs”, which are now in rotation on BET Jams. Dell-P is the true definition of hip hop. A West Philadelphia native who isn’t afraid to create his own lane and refuses to conform to the new wave. Dell-P has a lot of great things currently happening for him as well as on the horizon.

Dell-P has performed at many premier locations in the Philadelphia area including the TLA, Sigma Sound, and the Wells Fargo Center. His musical talents have granted him the opportunity to open up for industry acts such as Arrested Development, Wyclef Jean, Rakim, Brand Nubian, Schoolly D, EPMD, Jay Electronica, Roxanne Shante, Camp Lo, DMX, Slum Village, H-Town, Kelly Price, Fabolous, State Property, and more. There are some like minds out there hungry and this album feeds them properly. Once you take a listen to the music you will hear why Dell-P has been called “the best kept secret of hiphop” by XXL Mag.

The Wordsmith is back and he’s better than ever! Dell-P has been laying down a super solid foundation dropping content full of positivity and social commentary. With the release of his highly anticipated album MEGA “Make Emceeing Great Again”, Dell-P is proving that he has no plan on slowing down anytime soon. This year has been very strange to say the least, but there is an undeniable shift going on music. With the COVID-19 pandemic keeping our country on lockdown the world is in need of substance. We are sure that you will enjoy this visual for “Follow The Signs” directed by D.S The Writer. This soulful track is produced by The Wurxs and Dell-P is speaking nothing but the truth. To pay homage to our revolutionaries and political prisoners, this visual features exclusive commentary from the legendary Ramona Africa of The Move 9. The mission is to bring attention to the signs letting us know that we must unify and change the narrative before it is too late. The world is in a very dark place so we hope that you are inspired by this cinematic work of art.