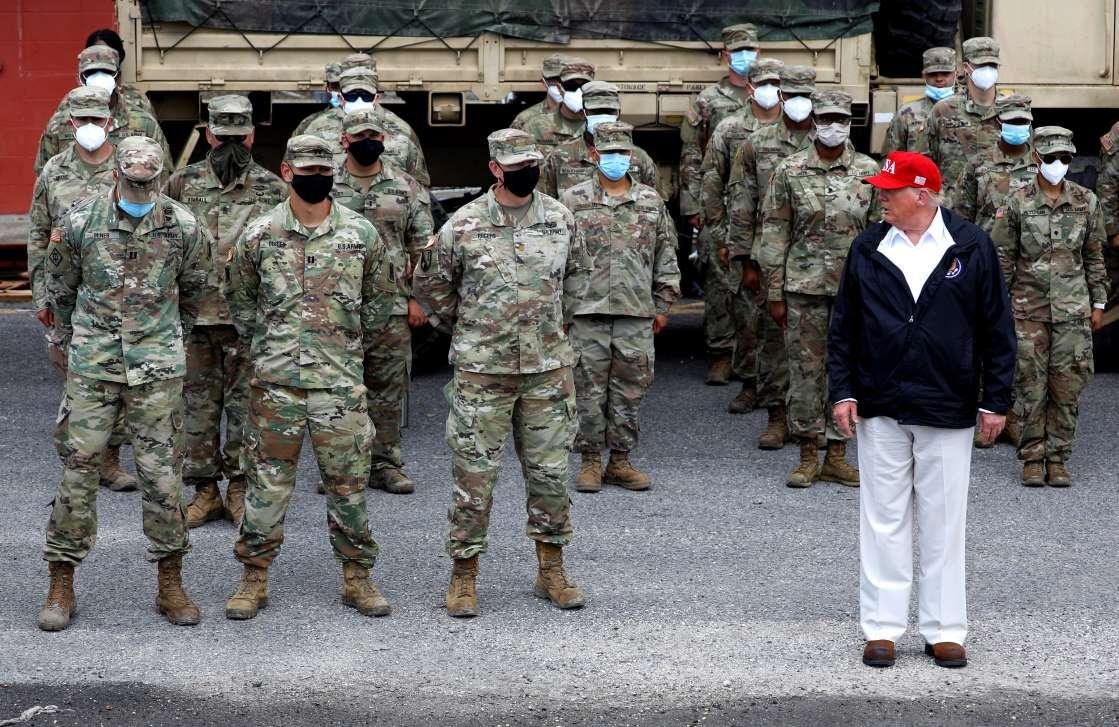 A $4 million ad campaign is being launched by Democratic super PAC American Bridge, and the campaign is set to be against President Donald Trump in Midwestern battleground states, as they are attempting to capitalize on a report that stated that he disparaged dead American soldiers.

Moreover, an Army veteran identified as Jack from Michigan is featured in the spot and he states that though he voted for Trump in 2016, he knows that the president is at fault for not taking responsibility for the violence occurring in the U.S. and instead, placing the blame on Democrat Joe Biden.

“This is what you have brought. You’ve been doing this for three-and-a-half years,” Jack says to the president, in a video spliced with somber background music. He also adds that Biden will be “the first Democrat I’ll vote for president,” calling him “an honest person,” although they disagree on policy.

The Democratic group also plans to broadcast 30-second versions of the ad on both television and radio in Michigan, Wisconsin and Pennsylvania. These are the three states that contributed to Trump becoming a president by a collective margin of about 80,000 votes. The group stated that the ad buy includes NFL spots in both Pennsylvania and Wisconsin, as well as digital buys.

The objective is to reduce the president’s support among military families, seniors and Americans in rural areas and small towns, who greatly contributed to his victory the last time.

American Bridge President Bradley Beychok stated that Trump “dishonored the memories of our fallen heroes, and disrespected their families.”

He also added that the group’s new ad campaign hopes to reach “swing-county voters that will decide this election” with “an added focus on veterans” to make sure that Biden is elected as the president.

This news comes a day after Jeffrey Goldberg’s report in the Atlantic that Trump privately informed his staff in 2018 that American service members who died were “losers” and “suckers.”

However, Trump vehemently denied these claims and said: “What animal would say such a thing?” he said to reporters. On Friday, he called the story “fake.”

As Biden’s son served in the military, he stated that Trump’s remarks are “damnable” and “a disgrace” and asked him to apologize to the families of fallen U.S. troops.
According to the Military Times poll conducted on August 31, Biden is leading Trump by a margin of 41 percent to 37 percent. The survey was floated among active-duty troops.