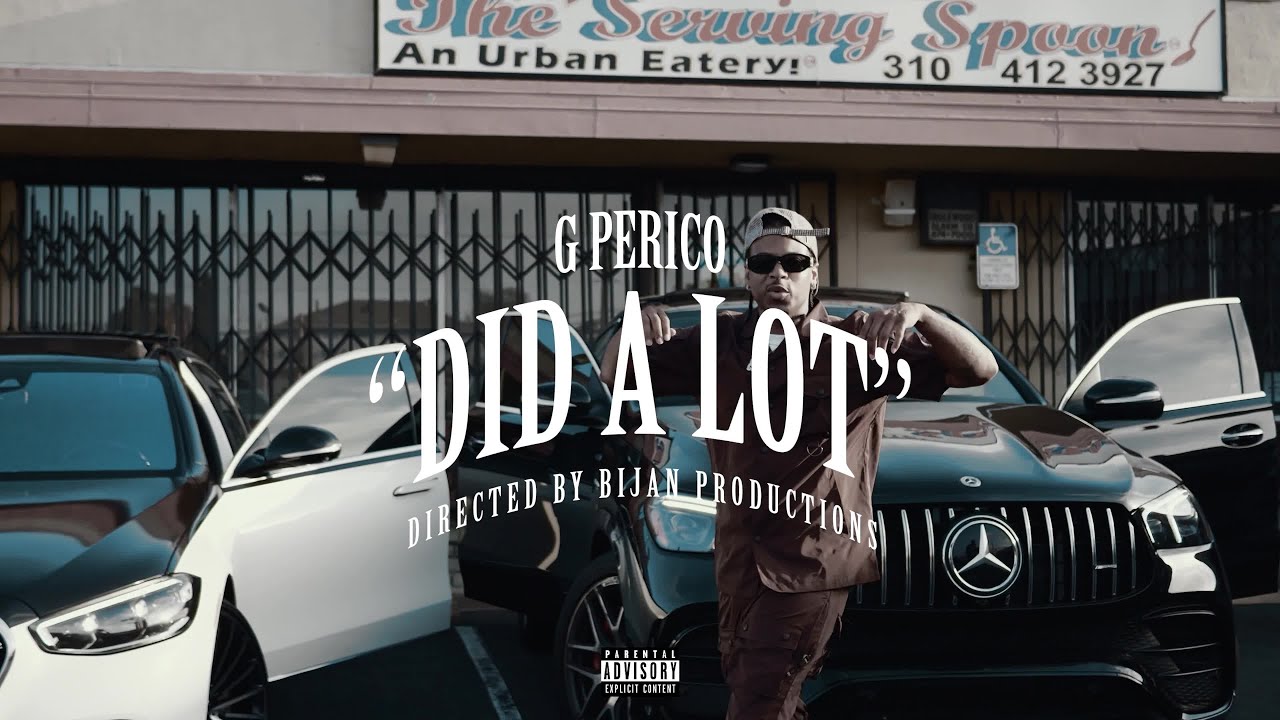 It wasn’t long ago that G Perico and Gotdamnitdupri released their LA SUMMERS2 project, a nine-track collection that bids a fond farewell to summer. Their latest mixtape offering was released yesterday (Sept. 12), the official music video for “Did A Lot.” The video was directed by Bijan Productions and features G Perico blasting through the streets of Los Angeles in a black and white Mercedes. As he glides over the Gotdamnitdupri-produced beat, he speaks about enjoying the fruits of his labor in the following words:

It’s not the first time the rapper-producer couple has teamed up in 2017, as they also released a joint mixtape back in February. Moreover, G Perico released the 111th East EP in July, a six-track collection without featuring. He has consistently treated fans with loose drops all throughout this year, including cuts like “Bacc 2 The Blocc” “That’s My Dawg,” with Curren$y, “Another League,” “Crash” by Sorry Jaynari, and “10 Digits” “Westside Connection,” featuring J Stone.