Donald Trump on whether John Lewis’ heritage is impressive: “I can’t say” 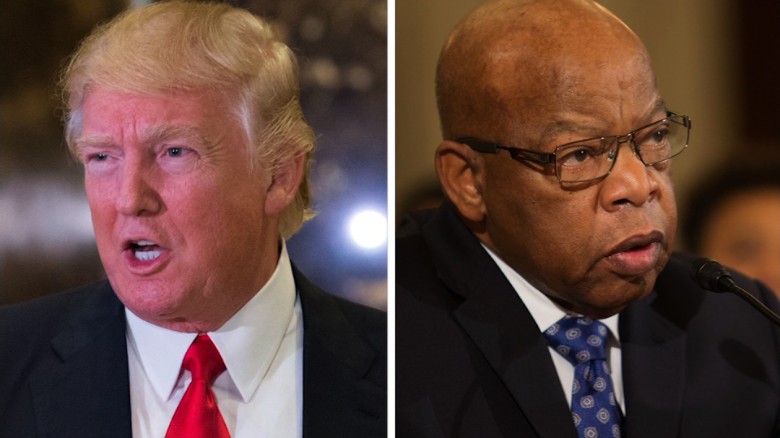 Trump likewise said “no one has supported Black Americans” more than him, while talking about the late civil rights legend.

Donald Trump would not recognize the late Rep. John Lewis’ political contributions or impact during an explosive sit-down interview with Axios, which additionally discussed White house updates on the Coronavirus pandemic.

“I really don’t know [how John Lewis will be remembered],” Trump answered reporter Jonathan Swan. “I really didn’t know John Lewis. He chose not to come to my inauguration. I never met John Lewis, actually.”

When Swan asked, “Do you find [Lewis] impressive?” Trump responded, “I can’t say one way or the other. I find a lot of people impressive. I find many people non-impressive.”

“He didn’t come to my inauguration. He didn’t come to my State of the Union speeches,” Trump continued. “That’s ok, that’s his right. And, again, nobody has done more for Black Americans than I have. He should’ve come — I think he made a big mistake.”

Swan at that point legitimately inquired as to whether Trump discovered Lewis’ legacy as impressive, irrespective of their own relationship.

“He was a person that devoted a lot of energy and a lot of heart to civil rights, but there were many others who did, too,” Trump responded.

Lewis was a crucial component of the 1963 March on Washington and proceeded to be granted several lofty honors for his commitments to the Civil Rights Movement, including the Presidential Medal of Freedom. He likewise spearheaded the first of three Selma to Montgomery marches over the Edmund Pettus Bridge to fight segregationist voter suppression, where he was mercilessly beaten by a cop.

An appeal was propelled after his passing to rename the bridge after Lewis, which Trump said he “would have no objection” to.