Fans boo as Texans and Chiefs Unite in Silence 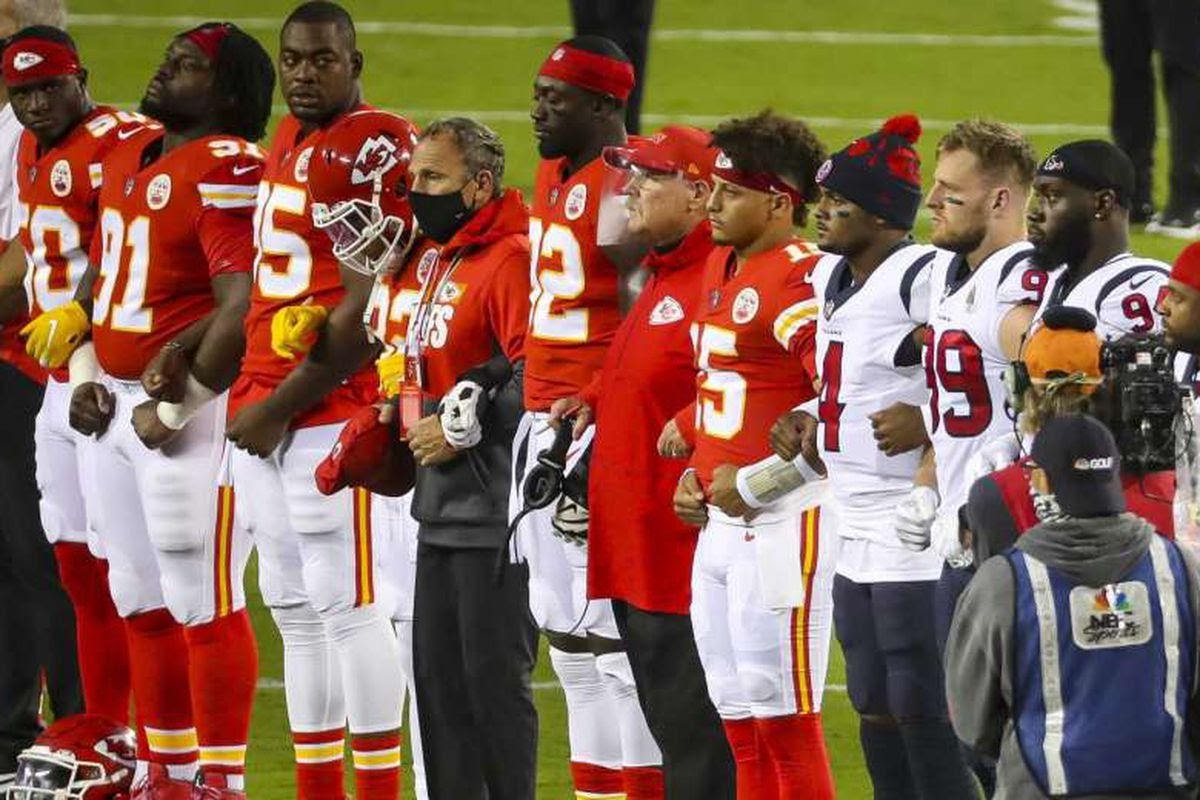 Fans boo as Texans and Chiefs Unite in Silence

The Houston Texans and the Kansas City Chiefs have engaged in an unexpected moment of unity. However, the crowd reacted with boos.

On September 10, both the teams locked their arms together and remained silent for time. However, the crowd hooted and hollered.

However, coaches of both the teams- Andy Reid and Bill O’Brien, claimed that they did not notice any booing. However, netizens expressed their frustration in response to the reactions.

“Yeah, so that booing during the ‘show of unity’ is a real good example of why players feel so strongly about these causes in the first place,” NFL reporter Terez A. Player tweeted.

“I would LOVE to see an interview with someone—ANYONE—in the crowd who just chose to boo a ‘moment of silence and unity,’” ESPN correspondent Sarah Spain penned in a tweet. “Just try not to sound like a complete and utter idiot putting into words why you’re angry about UNITY.”

A third tweet from comedy writer NIck Jack Pappas read, “The Chiefs and Texans lock arms in a moment of unity. The fans react by booing. It wasn’t the National Anthem. It wasn’t even a protest. They booed ‘unity.’ This country is broken.”

Post the game, J.J. Watt, Texans defensive end stated that he believed it was quite unfortunate that a moment of unity was reacted with booing.

“I didn’t fully understand that,” Watt said. “There was no flag involved. There was nothing involved other than two teams coming together to show unity.”

This moment was observed right after the decision of the Texans to remain within the locker rooms for both national anthems.

According to Jack Easterby, EVP of the Texans, his team wanted to ensure there would be “no misinterpretation of them celebrating one song and throwing shade on the other.”

“We are very intentional; we are very specific of what we’re trying to focus on when it comes to social justice — and that’s trying to fight for true justice for Black and brown people being murdered by police and they’re unarmed,” Texans player Michael Thomas added. “And that’s by calling for the Senate to bring the George Floyd Justice in Policing Act to the Senate floor for vote.

“And today, going out for either anthem — to us, it would’ve been a distraction,” he continued. “And we just wanted to, again, make a decision as a team, and we decided it would probably be best if we all stayed in. And that’s the decision we made, and we were just going to go out there and play.”