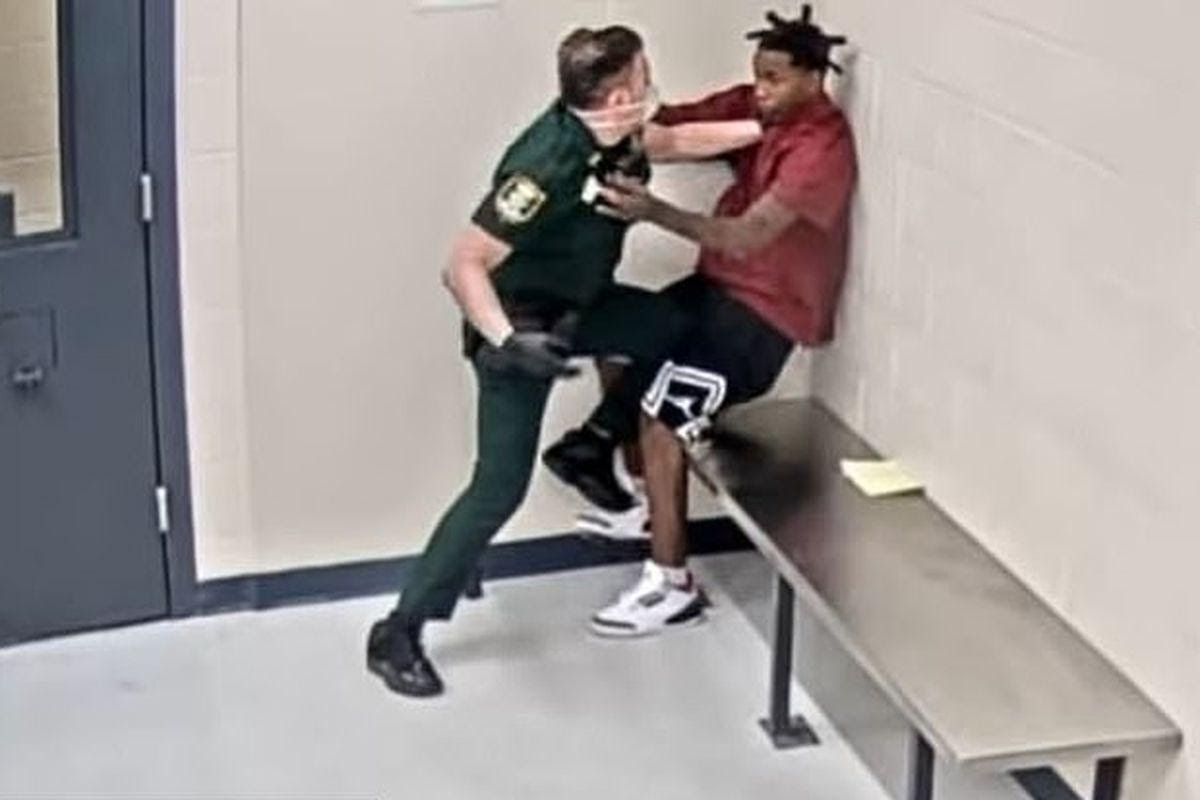 A disturbing video emerged online, wherein Florida sheriff’s deputy can be seen punching a Black teenager. The department is investigating the incident. According to the surveillance footage acquired from within the Sarasota County Juvenile Assessment Center, 17-year-old Terrance Devon Reed III could be seen seated in what was presumed to be a waiting area before the incident took place.

Then, Neil Pizzo – the Sarasota County sheriff’s deputy — can be seen gesturing at the teen. However, abruptly, Pizzo could be seen charging at Reed, and simultaneously, the latter stands up. However, Pizzo begins to choke the teen and hitting him in the face, as he pins him down to the ground.

Then, another deputy called Earl Matthews enters the room and sits on the teen’s legs as Pizzo uses a stick to beat the teen and then goes on to handcuff him. Almost immediately, other officers enter the room and Pizzo is guided out by the group.

Sheriff Tom Knight has launched an investigation after watching the footage and Pizzo has been placed on administrative leave.

“I feel disappointment. I feel that I am disappointed in what I saw,” Knight said of the incident. “In an abundance of caution I put him [Pizzo] on administrative duty. At first blush, it’s the first thing you’re going to see as a reporter; something went wrong.”

“We are responsible for de-escalating the situation,” he continued. “Was the de-escalation practice put into play there?... If a deputy is trying to de-escalate and you go hands on and you have a confrontation, what did he attempt to do prior to the physical confrontation to prevent it from happening?”

According to reports, Reed was arrested and charged with contempt of court, probation violations, possession of cocaine and selling cocaine within 1,000 feet of a church. He was transferred to the Sarasota Memorial Hospital for treatment after he sustained several injuries due to the aggressive behavior of Pizzo.

How is this possible. What justification does officers of the law have to put hands on a defenseless human being. It really shows the hatred for black ppl.