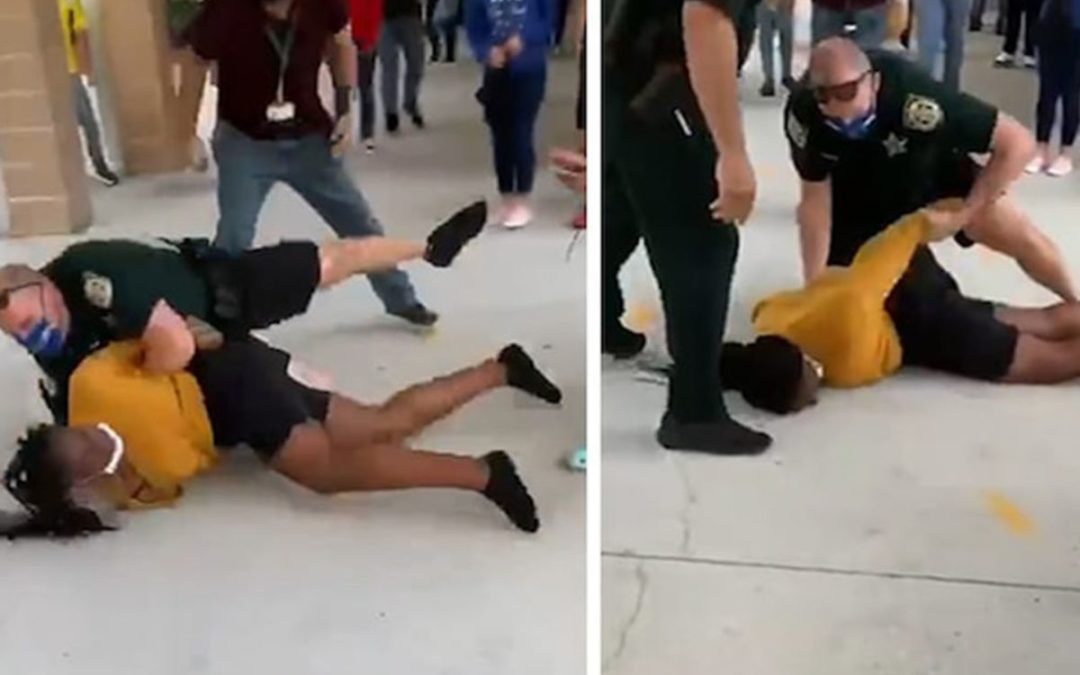 At Florida’s Liberty High School, students are demanding that the deputy Ethan Fournier get fired, after he was caught on camera body-slamming a student until she turned unconscious. The disturbing video became viral and students have reported that they do not feel safe in the school anymore. They have demanded that Fournier be fired. Right now, he is on administrative leave.