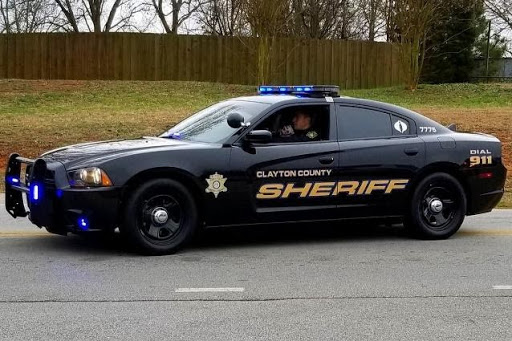 After a video surfaced of an officer smothering a Black Lyft passenger until he became unconscious in Atlanta surfaced online, a Clayton County Deputy was put on administrative leave.

According to reports, the incident took place outside the Georgia Department of Public Health vital records office, close to Hartsfield-Jackson Atlanta International Airport and an investigation is underway.

The victim and his girlfriend were availing of Lyft’s ride-hailing car service and the driver was asked to pull over midway as his tail light was allegedly not working. It was revealed that the driver did not have his driver’s license with him and the passengers were asked to display their IDs. However, the passengers questioned as to why their IDs were being sought when they did not do anything wrong.

The man was asked to step out of the car and eventually, things got pretty serious and one of the officers held the man down, while the other had him in a chokehold with his young child looking. The incident, when captured in another angle, shows the cops punching the individual in his stomach.

At one point, the man can be heard saying, “I’m gonna die, I’m gonna die. I can’t breathe,” but the officer continued to strike him a few more times, until he was unconscious. In the video, it can also be seen that three officers attempted to handcuff him as blood streamed down his face.

It is still unclear as to what led to the incident or what happened to the passengers. Clayton County Sheriff Victor Hill said in a press release that he “ordered his entire Internal Affairs Unit to come in and begin an investigation that has been on going since 8pm.”

I really don’t have any words for this.