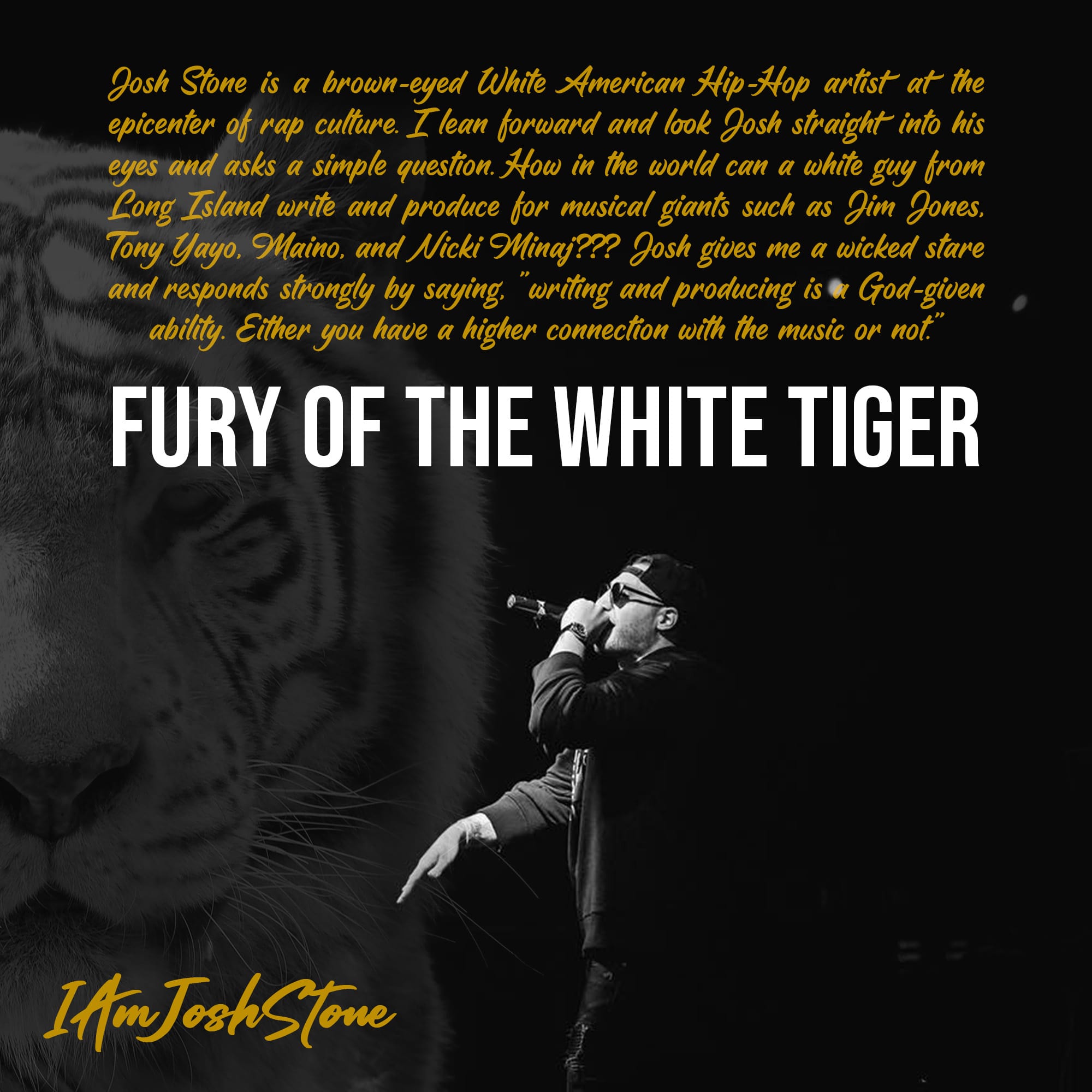 STREAM THE JOSH STONE EXPERIENCE BELOW

They’re voluptuous exotic women blowing on hookahs and smelling like the perfume section in Saks Fifth Avenue. They’re drinking Dusse and eating Wingstop chicken wings and zoning out to the track “Get Gone” by Josh Stone. My eyes land on Josh Stone, and he’s surrounded by a wall of tall, muscular black men dressed in customized made shirts, Timberland boots, and dark color hoodies inside the recording booth. I ask the music engineer, “why is everybody inside the booth with Josh?” He says very quietly, “every lyric that comes out of Josh’s mouth has to embody and symbolize the culture of New York Hip-Hop.”

I approach Josh inside the booth, and he’s sweating profusely on his face and arms. His entire team stares directly into my eyes as I ask Josh can we conduct the interview in Room 3 for privacy reasons. Josh agreed and alerted his security detail of the new location. I asked Josh why everyone is so concerned with all his lyrics? He leans over and removes his “Ray Banz” and says, “my rap legacy can only be told once.” Everything matters to Josh Stone, and there is no rewind button. He tells me the story of how Rap Icon/Legend “Chuck D” advised him to compose lyrics that reflect his poetic roots and skill set of producing tracks. Josh smiled proudly and said the insight from “Chuck D” changed his whole approach to rap music. He understood how to infuse music production into storytelling for a global audience. His assistant brings us a chilled Ace of Spades bottle of champagne and a well-organized fruit platter. Josh and I thank his assistant as she pours two glasses of Ace of Spades. Her beauty and goddess fragrance command my attention as she exits the room. As I come back to reality, Josh begins to explain his musical journey and “Real Vibez Only” imprint. Josh makes it very clear that he is the pure reflection of Hip-Hop with no exceptions.

Josh Stone is a brown-eyed White American Hip-Hop artist at the epicenter of rap culture. I lean forward and look Josh straight into his eyes and asks a simple question. How in the world can a white guy from Long Island write and produce for musical giants such as Jim Jones, Tony Yayo, Maino, and Nicki Minaj??? Josh gives me a wicked stare and responds strongly by saying, “writing and producing is a God-given ability. Either you have a higher connection with the music or not.”

I recline my chair and compliment Josh on his music success over the past 12 months. His “Real Vibez Only” imprint released 4 records via MUSICHYPEBEAST/EMPIRE and accumulated 1,000,000+ digital streams across Spotify, Apple Music, Pandora, and Deezer. Josh tells me each record reflects his versatile lifestyle and intricate dynamics of his childhood. His engineer dips his head into the room and asks Josh if he was ready to finish his latest track, “What They Talking About.” Josh asks me if I’d mine moving the interview back into room Q4.

I said I would love to and hear him kill this track. He grabbed the bottle of Ace of Spades and finished the bottle, and we switched rooms. Josh walks back inside and illuminates the entire room with his 1,000,000-watt smile and Rayban Wafer sunglasses. He enters the recording booth and gives me this animalistic stare of dominance. The music engineer ques the track, and everybody in the room directs their focus on the focal point of interest Josh Stone. The body language of Josh Stone evokes rage, unparalleled confidence, an assassin trained focus. The Fury of the White Tiger is unleashed and positioned for pure dominance in Hip-Hop.