In new “Sex Lies” Mulatto puts on a show 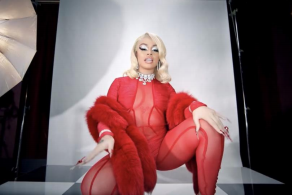 In new “Sex Lies” Mulatto puts on a show

Mulatto has released the extended version of Queen of Da Souf, which was released in 2020 also. She did not waste any time to release the video for one new song titled  Sex Lies, which was assisted by Lil Baby. The new song has Mulatto largely showing  off her vocals.