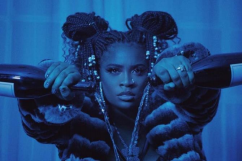 A while ago, Kamaiyah released Got It Made, featuring 10 cuts as well as some  collaborations alongside Trina, Capolow, and J. Espinosa. Now, the star has released  another project titled No Explanations, which features 11 tracks as well as assists  from Jackboy and Mozzy. Jackboy has assisted “Still I Rise,” which is the leading  song of the album mand it was produced by CT Beats and Clayton William and revolves around the ability of the artist to stay vigilant.