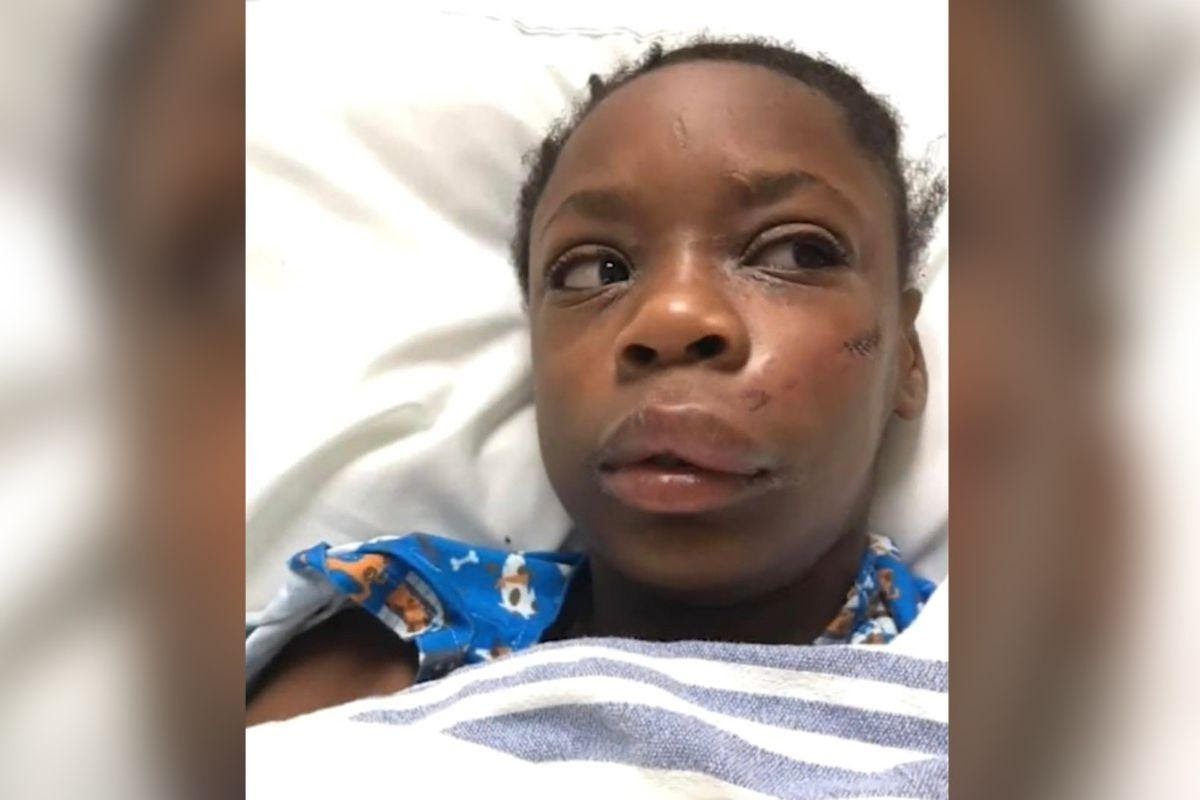 According to reports, an 11-year-old Kansas City girl was brutally attacked by a 12-year-old boy.

A young boy began to use racial slurs against the victim, Nevaeh Thomas, who was playing with her friends near an apartment complex in Shawnee, Kansas on Friday night. Instead of being bogged down, she responded saying, “My Black is beautiful.” However, that led to a brutal assault.

The boy is reported to have used a pole to beat Thomas until she became unconscious.

“She suffered from a concussion. She has stitches inside and outside of her cheek. She lost her tooth,” Thomas’ mother Brandi Stewart said. “Her feelings are more hurt because of the act of, the racial act. Not so much of the scaring.”

The members of the community are now worried about the area’s safety following the attack which, according to Stewart, was a racist act.

“Hate speech has become the norm. Violence has become the norm. It’s seeped into our children,” Empowerment Temple pastor Terry Bradshaw said. The owner of a daycare center close to the complex was horrified by the news of Thomas being attacked. “That poor little girl didn’t do anything and now she is hospitalized and beaten for what? Because she’s Black?” she asked.

Another resident of the apartment complex, Serena Mabin, also expressed concerns about the neighborhood’s safety.

“It’s kind of concerning because I have children that are different races” she said. “My son is a Black boy and you never know what’s going to happen.”

After the attack, family attorney LaRhonna Lassiter Saunder asked people to demonstrate compassion for Thomas. “How about showing a little empathy,” she said. “Regardless of the race of these kids, as a parent, if my child was injured in this manor, I’m not sure how I would handle this.”

Johnson County District Attorney Steve Howe, reported that the 12-year-old boy is going to be charged with aggravated battery, a felony. Further charges may be added later.

I pray for this little girl and her family.