Kevin Hart Speaks About Outrage Over Comments About Teen Daughter 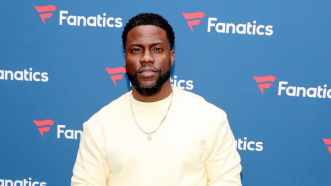 Yet again, Kevin Hart is facing controversy. On Saturday, the comedian appeared on the audio based social media platform Clubhouse. Almost immediately, people spoke about how he was  disrespectful of Black women and resorted to misogynistic jokes, going as far as referring to his  15-year-old daughter as a how because of her alleged interest in several guys. Several women  criticized Hart for this joke and labelled him as sexist. However, Hart defended himself in  several ways, and claimed that his critics want to see him going down.