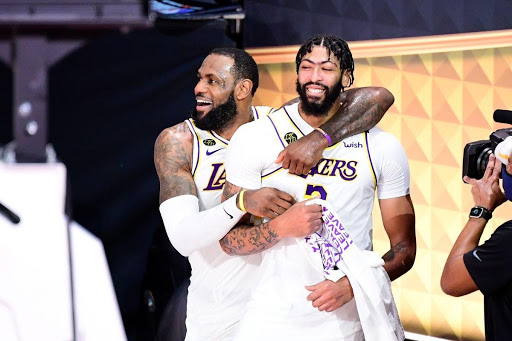 In the 2020 NBA playoffs, Los Angeles Lakers won their Game six on Sunday, with a score of 106-93 to become this year’s NBA Champions. This is a matter of significance especially because since the team last achieved this in 2010, when Kobe Bryant led them in the finals, to win the sixth game in the tournament.

When the Lakers advanced to the Finals a few weeks ago, social media couldn’t get enough of this news and the subsequent celebrations. “You can’t tell me that LeBron James is not the MVP of the league with a 38-16-10 performance tonight to lead the @Lakers to the NBA Finals!” NBA legend Magic Johnson tweeted at the time.

Many basketball fans immediately thought of Bryant when this moment happened. “Oh, boy. I don’t wanna cry this early. All for Kobe. All for Lakers nation. LeBron got you, Mr. Bryant. King James will make history in your name,” a Twitter user by the name of @FinnPong2 added.

The first two games in the playoffs against Miami Heat saw Lakers sailing through. In the third game, Miami Heat won and the fourth game was won by Lakers yet again. However, Heat decided to not lose without putting up a fight and ended up winning game five. So, the Los Angeles team was aware that the job must be finished on Sunday, not merely for their own satisfaction, but also for their city and more importantly for the Lakers legend Bryant, who pulled this off a decade ago.

Thanks to this win, James officially became the first NBA player to win championships while in three different teams: the Cleveland Cavilers, Miami Heat, and now the L.A. Lakers. Moreover, for the fourth time, he was declared an MVP.

For Kobe and Gigi