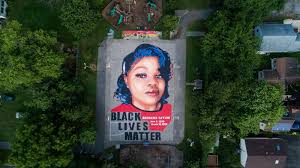 “We want the cops arrested who committed that crime,” he said after an Orlando scrimmage on Thursday (July 23).

“First of all, I want to continue to shed light on justice for Breonna Taylor and to her family and everything that’s going on with that situation,” James said.

“We want the cops arrested who committed that crime. In the state of Kentucky — what’s going on down there — I know a lot of people are feeling the same,” he continued. “Us as the NBA and [as] players — me as one of the leaders of this league — I want her family to know and I want the state of Kentucky to know that we feel for her and we want justice. That’s what it’s all about. What’s right is right and what’s wrong is wrong.”

The All-Star MVP additionally called attention to that while visual proof has helped George Floyd’s case progress, Taylor’s battle for justice has been slower. Each of the four previous officers engaged with the May 25 demise of Floyd have been captured and accused of either second-degree murder or supporting and abetting second-degree murder. While on account of Taylor, who was lethally shot during a police strike back in March, just one officer has been discharged from the police office.

“I mean, is that what we need to see? A video of Breonna being killed to realize how bad the situation is?” he asked.

James paid tribute to Taylor by adding her name on his signature basketball shoes. In front of the relaunched b-ball season, the NBA has permitted players to wear social justice statements in lieu of their last name on team jerseys.

Likewise during Thursday night’s Orlando scrimmage, James supported that Black Lives Matter is a way of life, instead of a “movement.”

See a clasp from James’ public interview underneath. The 2020 NBA season is set to continue on July 30.