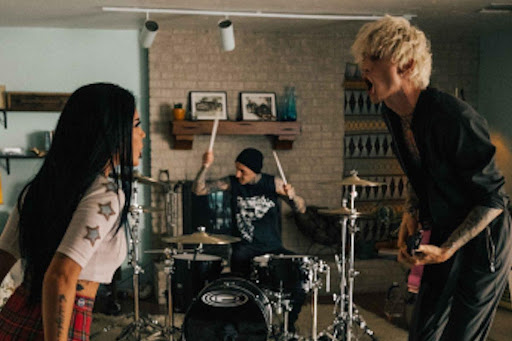 Just a month ago, the fifth studio album of Machine Gun Kelly called Tickets To My Downfall, was released. The project was very different from his previous ones, because of the involvement of rock-and-roll veteran Travis Barker. Now, a new video for “forget me too,” has been released, featuring Halsey, wherein both can be seen getting ready to completely cut off from each other. The video was directed by Philip Andelman, and shows MGK and Halsey practically engaged in the same movements, although separately. They can be seen pacing around the house, enraged as they are trapped in a magic 8-ball. In the end, they end up in the living room to finish the song with Barker on drums. Then, Halsey disappears and Kelly rides away on his motorcycle.

Press play on “forget me too” below.