Man hangs off Trump Tower, demands to speak to the president 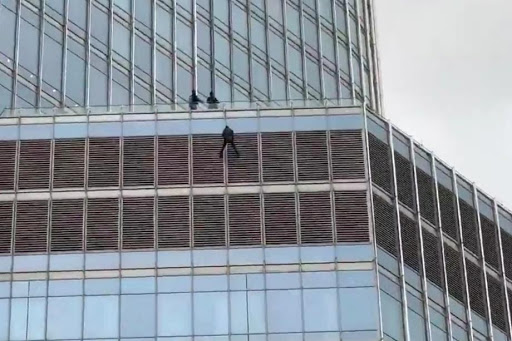 Man hangs off Trump Tower, demands to speak to the president

Recently, in efforts to interact with President Donald Trump, a man from Chicago took extreme measures. It was on Sunday that he hanged from the 16th floor of the Trump Tower, demanding to speak to POTUS. According to reports, he began to hang off the building at 5:30 p.m., along the side of the Trump International Hotel & Tower. As police officers, fire department officials and a SWAT team arrived at the location, streets were closed off. The man had threatened to die by suicide if he wasn’t allowed to meet the president. Later, a video emerged wherein a man could be seen making same demands while hanging onto a red rope and holding a knife. It hasn’t been confirmed if they were the same people.