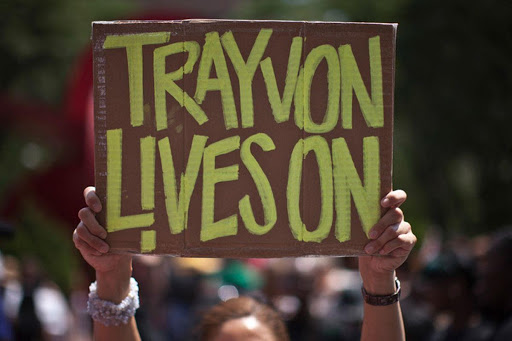 Almost eight years following the news of tragic death of Trayvon Martin, he will be honored in his native city.

A resolution to name one part of Northeast 16th Avenue with his name, was approved by Miami Dade-County commissioners. By the end of this week, the roadway outside of Martin’s high school Dr. Michael M. Krop Senior High will be named Trayvon Martin Avenue.

“Although borne out of tragedy, a new generation of activists was inspired by Trayvon Martin’s death, and his name and image are recognized across the world and associated with the fight for social justice,” Miami-Dade County Commissioner Barbara Jordan wrote in the resolution. “This board appreciates the social justice reforms spurred by his death, recognizes all that his legacy could have been and would like to honor the life and memory of Trayvon Benjamin Martin.”

It was in February 2012 that Martin was fatally shot as he was returning from a convenience store in Sanford, Florida. According to gunman George Zimmerman, he was acting in self-defense and eventually, he was acquitted.

According to the memo, Martin “was a typical teenager who enjoyed playing video games, listening to music, watching movies and talking and texting on the phone.” The 17-year-old “was also developing advanced mechanical skills and…was known to be able to build and fix dirt bikes.” According to the reports, he was planning on attending a college at either the University of Miami or Florida A&M University, wherein he planned on pursuing aviation, but his “future dreams and goals were extinguished before he had a chance to achieve them.”

It was the death of Martin that led to the Black Lives Matter hashtag and the Trayvon Martin Foundation. Eventually, the former became a full-blown social justice organization. On the other hand, the latter was founded by Martin’s parents, and it helps to “raise awareness, initiate dialogue, and engage individuals about social justice issues and reforms.”

The memo stated that the fatal shooting “elicited national conversations about race relations, racial profiling, gun rights, stand your ground laws and was a catalyst that set nationwide demands for social justice in motion.”