Mulatto teams up with City Girls for “In N Out” visual 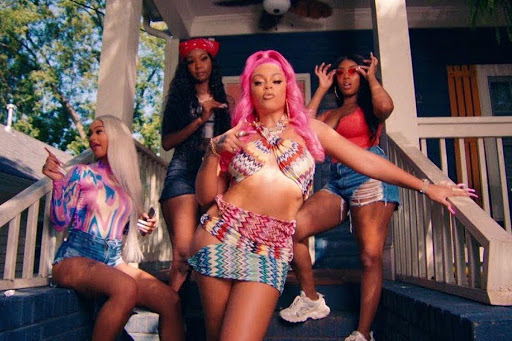 Mulatto teams up with City Girls for “In N Out” visual

Two months ago, Mulatto released her debut studio album Queen of Da Souf featuring 13 tracks and features from Gucci Mane, Saweetie, 21 Savage, 42 Dugg, and more. Now, a new video for her renowned project for “In N Out” has been released, featuring City Girls and produced by Murda Beatz and Johnny Dutra. The video comes courtesy of Roxana Baldovin and Reel Goats, and initially, it shows Mulatto and her friends looking at different men on the dating app BLK. Then, she visits a diner and turns it into Latto’s, with Yung Miami and JT as employees.

Never been a fan of Mulatto but she blowing up.

Gonna check her out tho.