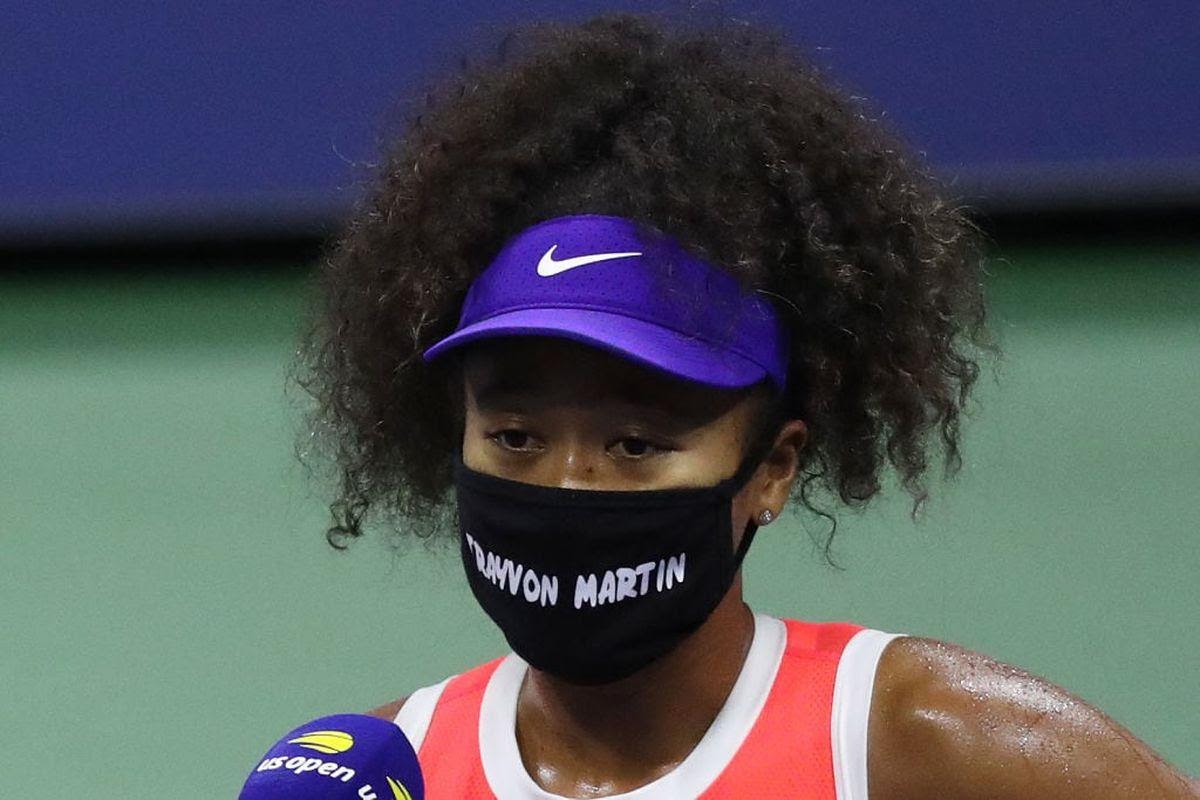 Naomi Osaka continues to raise awareness regarding the Black lives who were subjected to fatal racial violence.

On September 6, the tennis star donned a Black mask that had the name Trayvon Martin printed across it and went on to beat Anett Kontaveit during her U.S. Open match. Martin was a 17-year-old boy, who was fatally shot by George Zimmerman, who is a neighborhood watch coordinator, in Sanford, Florida. The shooting resulted in outrage across the nation when Zimmerman was acquitted on the basis of the Stand Your Ground law.

Osaka stated that it was Martin’s death that opened her eyes regarding racial injustice and violence around the world.

“I remember Trayvon’s death clearly,” she tweeted. “I remember being a kid and just feeling scared. I know his death wasn’t the first, but for me it was the one that opened my eyes to what was going on. To see the same things happening over and over still is sad. Things have to change.”

This marks Osaka’s fourth tribute this week. Previously, she donned masks holding names of Breonna Taylor, Ahmaud Arbery and Elijah McClain, when competing in matches. She revealed that she bought 7 different masks so she could wear one for every match, till the final game.

“It’s quite sad that seven masks isn’t enough for the amount of names, so hopefully I’ll get to the finals so you can see all of them,” Osaka said on Monday (Aug. 31).

Currently, Osaka is the highest paid female athlete in the world. After the shooting of Jacob Blake, she decided to pull out of her Western & Southern Open in New York City, thereby standing in unison with other athletes who chose to boycott their games.

“Hello, as many of you are aware I was scheduled to play my semifinals match tomorrow,” Osaka wrote in a statement. “However, before I am an athlete, I am a Black woman. And as a Black woman I feel as though there are much more important matters at hand that need immediate attention, rather than watching me play tennis.”