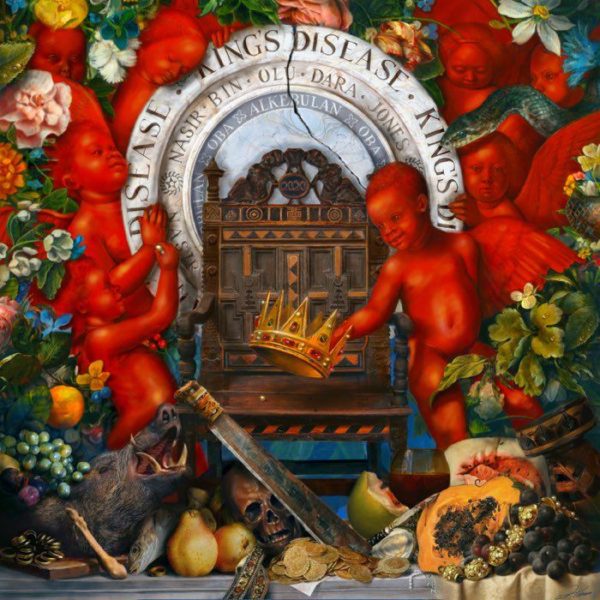 A win for Hip-Hop as the chosen one, “God’s Son”, Nasir Jones as he took home the Grammy for Album Of The Year with his 2020 release “King’s Disease”. The King of the Golden Era stands firm on his delivery of black excellence without hesitation. Understanding what it takes to make a classic album is one thing doing it is another. Already on record for having arguably the most influential album of all time in “Illmatic”, Nas captures the culture again with the same formula using different ingredients. The 5 pillars of Hip-Hop, Dance, Graffiti, Rap, the DJ who now is often replaced with the producer, and Education of the people.

While the Grammys have made an extra effort to address its lack of acknowlegment regarding rap and hip-hop music, it has rapidly pushed to correct itself. The genre has undergone massive changes since The Fresh Prince first led a hip-hop boycott of the 1989 ceremony to protest the Grammys not televising the new Best Rap Performance award. The Fresh Prince is now better known for his extensive filmography and the family first lifestyle he promotes more than his mic skills, it showed the world the versatility of our youth in entertainment.

Fast forward to 2020 a year of riots, protest, a push for reform on all levels across the world for equality and spiritual warfare we crown Hip-Hop. “King’s Disease” embodies the elements with soul and presents a an album that can be played by all walks of life. You don’t have to be a fan of Nas to gain from his art, in which he reaches the masses once again but with the gold coming home to Mass Appeal.

Beating out an almost flawless “A Written Testimony” by Jay Electronica that only lacked the radio friendly sound Nas captured, and a sonically unflawed “Alfredo” by Freddie Gibbs & The Alchemist “King’s Disease” is as Illmatic as it gets. Being able to play in any order and not skip a song on top of the legendary features what more could you ask for?

Nas had guest appearance from Charlie Wilson, Hit-Boy, Big Sean, Don Toliver, Lil Durk, Anderson Paak, Brucie B, Nas’s supergroup The Firm, Fivio Foreign, and ASAP Ferg. The album art by the talented artist Honeiee was full of royalty and excellence with a touch of God to honor the mindset of the project. congrats King!