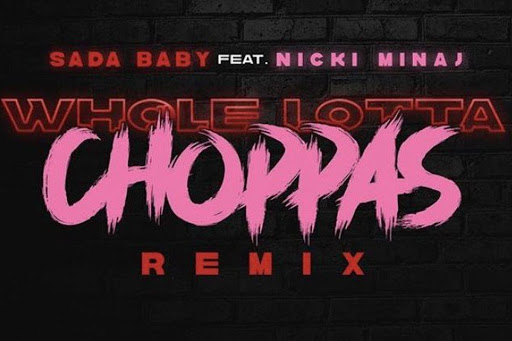 This year, Sada Baby has been a very consistent rapper. He released the mixtape Brolik and the project Skuba Sada 2 early in the year and the latter was the sequel to 2017’s Skuba Sada, featuring 9 tracks as well as one feature from Trap Manny. Even Skuba Sada 2 came with a deluxe version, which included a few extra songs, as well as a collaboration with King Von. Now, he delivered a new single called “Whole Lotta Choppas,” which is a party song witnessing production from CoalCash Blac. Thanks to Nicki Minaj, a bigger remix of “Whole Lotta Choppas” comes along, which includes bars reminding people of her 2014 single “Anaconda.”