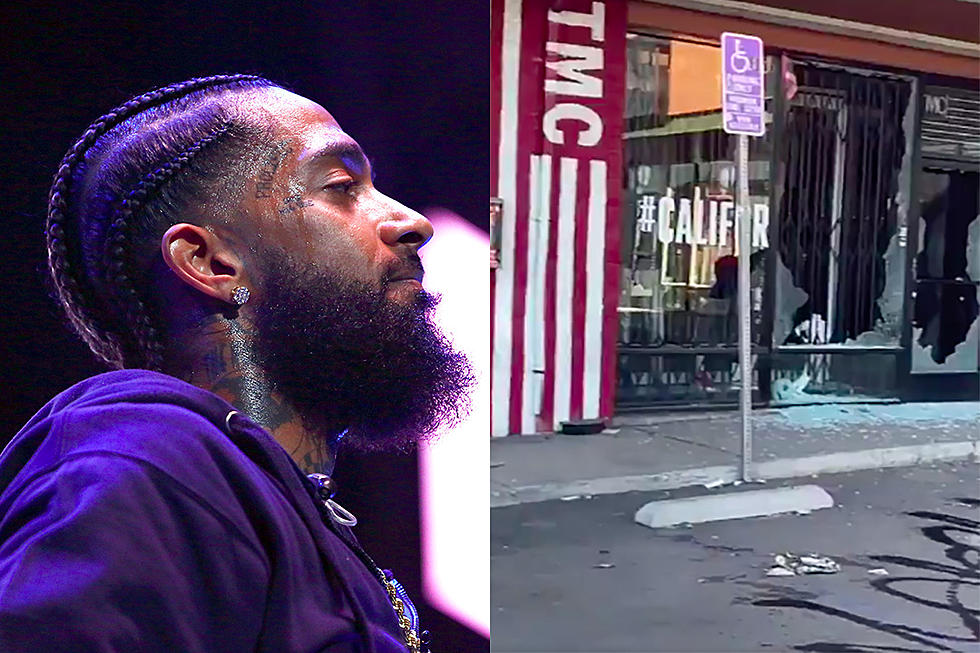 It has been reported that Nipsey Hussle’s The Marathon Clothing Store was  vandalized and several windows were busted out. Merchandise was also looted,  according to reports. In a phone footage that has been shared online, it can be  seen that people cleaned up broken glass from outside of the store. Since the fatal  shooting of the rapper in March 2019, the store became a memorial location and  tourist attraction.