NYPD is being sued by civil rights organizations 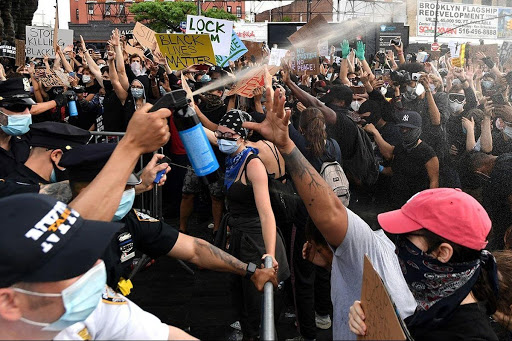 NYPD is being sued by civil rights organizations

Protestors are suing The New York Police Department for allegedly curbing their civil rights at Black Lives Matter demonstrations over the summer. Two civil rights groups filed the suit in federal court on Monday (Oct. 26) — The New York Civil Liberties Union and the Legal Aid Society — who claimed that New York Mayor Bill de Blasio and Police Commissioner Dermont Shea “encouraged” the violence. This lawsuit was filed on behalf of 11 protesters, who claimed that they “were met with the very pattern of police violence they marched to end” at demonstrations this May and June.